Sadly, the young star’s life was cut short when he was found dead at age 31 in a Vancouver hotel room Saturday afternoon, robbing fans of the chance to see how he’d grow and develop his craft both in Glee‘s upcoming fifth season and beyond.

Nevertheless, Monteith leaves behind dozens of wonderful musical performances and unforgettable scenes (both funny and dramatic) from his time on Fox’s musical comedy. Click through the gallery below for 10 of our favorite Finn Hudson moments, then hit the comments and share your own.
Follow @TVLine 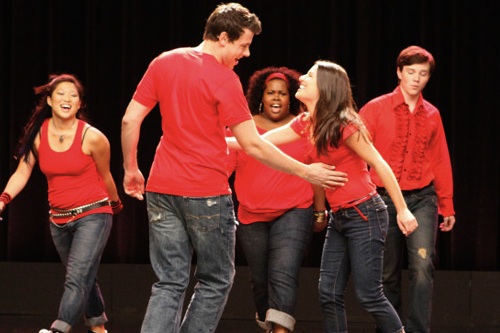