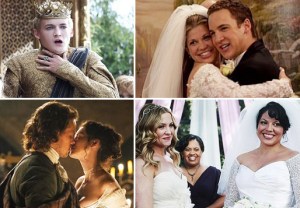 May sweeps has yet to arrive, but wedding fever is already in the air.

This week, Arrow‘s Diggle and Lyla tied the knot, and Friday’s Hart of Dixie finale promises not one, but possibly two nuptials, as Lavon and Lemon and Zoe and Wade get closer to wedded bliss.

But it’s hardly the first time Dixie star Rachel Bilson has walked down the fictional aisle. Back during her O.C. days, the actress’ Summer got hitched to Seth in one of our favorite TV weddings. And there are plenty more picks, from One Tree Hill to Grey’s Anatomy to Friends, in our gallery of the best small screen unions.

But not everyone’s big day is perfect. Sometimes, the bride and groom don’t make it to the altar. Or someone gets murdered. Or there’s an unforgivably cheesy backdrop. So along with the most romantic vow exchanges, we’ve also included the worst.

Note: Because some characters — like Friends‘ Ross, for example — got married approximately 300 times, we’ve capped each show to one best and one worst pick, which made for some tough choices. (It’s hard work, but someone’s gotta do it.)

Click through our gallery below to see who made our list of “I dos”, then drop a comment with your picks, including the weddings — both good and bad — you think we snubbed. 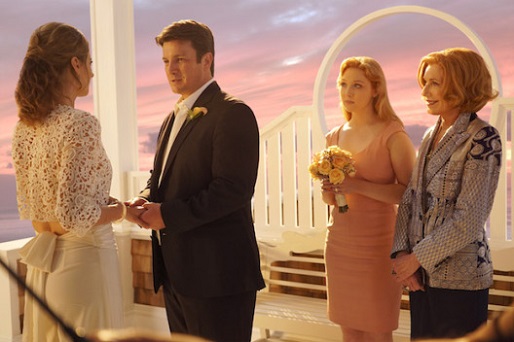