Before Season 3 of Penny Dreadful got underway, we might have said that the character of Dracula had been done to death. But Showtime‘s monster mash (Sundays, 10/9c) has so artfully resurrected the blood-sucker that we have to admit that there’s still life — or at least undeath — in Bram Stoker’s infamous creation.

Christian Camargo, once Dexter‘s Ice Truck Killer, plays the legendary vampire with irresistible charm when he’s pretending to be mild-mannered zoologist Alexander Sweet — and bone-chilling menace when the mask drops, revealing his minions’ Master. (We’re so batty about the actor’s performance, we even singled him out for an Honorable Mention before we realized that we were seeing only half the picture.)

But how does Penny Dreadful‘s version of the fang favorite compare to his many (many!) predecessors? Considering that Vlad the Impaler has been depicted both comedically and dramatically, his various incarnations are tricky to rate. Nonetheless, your friends at TVLine sunk their teeth into the task and gave it a shot.

Below, you’ll find a gallery of small-screen Draculas, ranked from least scary to most terrifying. Scroll through with a clove of garlic, then hit the comments with the incarnations whose omission you think… sucks. (Sorry. Couldn’t resist.) 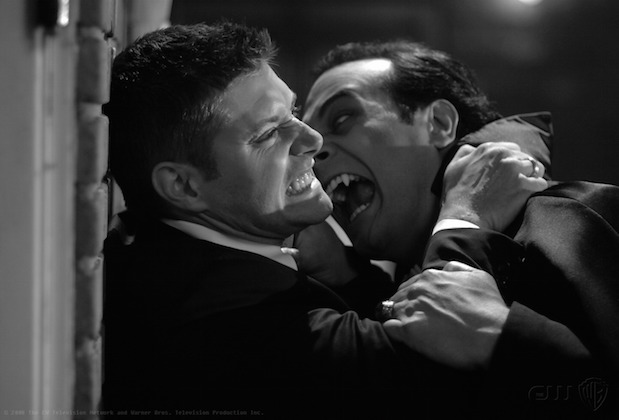