Exclusive: An Urgent Message From the Cast of Cougar Town 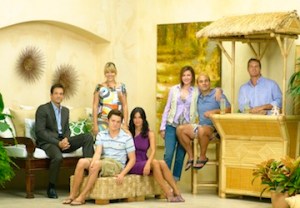 I initially worried about whether posting the following video would seem overly indulgent. I then let out a loud, prolonged cackle before slapping that embed code in this post.

A little exposition before you watch: The making of this video was triggered in part by news that my Cougar Town guest spot — slated for the show’s season finale — had been postponed until the fall as a result of scheduling conflicts. I know that’s usually code for something sinister, but in this case it’s really true. (Translation: They couldn’t get my trailer adequately tricked out in time.)

Anywhoo, enjoy the little slice of heaven below. END_OF_DOCUMENT_TOKEN_TO_BE_REPLACED

TVLine's Greatest Hits: What Scoop Did You Miss Last Week? 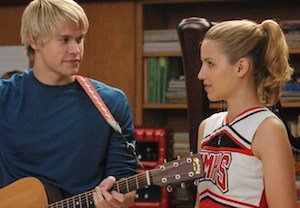 We totally get it: You’re a busy bunch who can’t possibly spend every waking hour scoping out TVLine.com. And you’re bound to miss some of our juicy scoop every so often — but we’re here to help! Welcome to TVLine’s Greatest Hits… END_OF_DOCUMENT_TOKEN_TO_BE_REPLACED 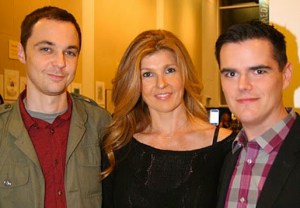 The best part about starting up a new website? The launch party! Stars from The Big Bang Theory, Community, Cougar Town, Castle, Chuck, Sons of Anarchy, Friday Night Lights and more flocked to the Paley Center for Media in Beverly Hills last night to toast founding editors Michael Ausiello, Matt Webb Mitovich and Megan Masters on the successful debut of TVLine.com. (That stalwart Michael Slezak was busy back East, recapping a little show called American Idol, bless him.) Your ticket get lost in the mail? Don’t fret. We invite you to click the pics in our exclusive photo gallery below…. END_OF_DOCUMENT_TOKEN_TO_BE_REPLACED 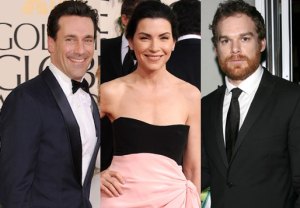 Although it may seem like all I did was snap pics of my favorite TV celebs at yesterday’s Golden Globe Awards, the reality is those images were taken only after I extracted intel from my subjects. Even this egomaniacal narcissist knows that scoop takes priority over everything else. So without further adieu, here are some newsy highlights from my Globetrotting adventure, with ample assists from Editor-at-Large Matt Mitovich and West Coast Editor Megan Masters. END_OF_DOCUMENT_TOKEN_TO_BE_REPLACED 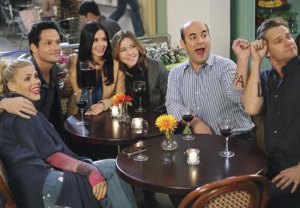 I don’t think I’m overselling this next story by declaring it the most exciting bit of casting news to break in the last quarter century: Sources confirm to me exclusively that Cougar Town has just procured the services of… um, me! END_OF_DOCUMENT_TOKEN_TO_BE_REPLACED