The following contains spoilers from the Nov. 9 episode of Disney+’s Andor series.

For one, Hull talks about the carefully considered design of Narkina 5, which was envisioned to be “a little bit like a lab, a little bit like an asylum,” complete with a white/off-white “sickly sort of hospital vibe.”

Serkis and Haynes then reveal/marvel at how the prison workshop inside of which “Keef,” Kino et al toiled was outfitted with props and work benches that were “actually operational.” (Though to construct exactly what, we still do not know.)

Haynes, who directed Episodes 8-10, also speaks of the lock-up’s electrified flooring, which kept the prisoners always just an instant away from agonizing peril. Haynes notes, “It’s so easy to die in this place that nobody steps out of line” — until in Episode 10, Cassian urged Kino to join him in doing just that, knowing that the prison was undermanned and that, with a new inmate being brought in, it was probably now or never to seek out that “one way out.” 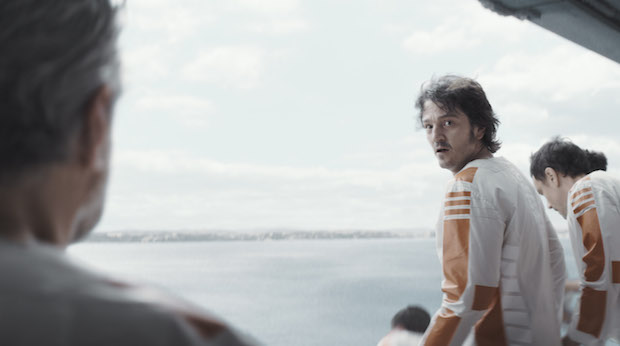 “This is the first moment where [Cassian] understands that he’s capable of actually being part of something bigger,” Luna observes. “This moment shows you how far he’s willing to go to survive. And nothing’s gonna stop him.”

Not even one epic swim, apparently!

What did you think of Andor‘s thrilling prison break episode?