Michelle Monaghan (and Michelle Monaghan) popped to the top of Nielsen’s latest U.S. ranking of streaming originals, while House of the Dragon debuted at No. 3… on a different chart.

Rounding out the Top 10 for the Week of Aug. 22 were Untold, Virgin River, Never Have I Ever, the first two episodes of She-Hulk: Attorney at Law, and Netflix’s Glow Up. 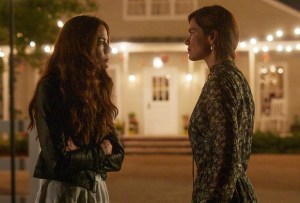 Falling out of the streaming originals Top 10 this time around were A League of Their Own and Instant Dream Home.

House of the Dragon on HBO Max, meanwhile, made its debut at No. 3 on Nielsen’s U.S. ranking of acquired streaming programs — since it natively airs on HBO proper — amassing 741 million minutes viewed across its first two episodes (the second of which only had three hours of eligibility). On that acquired series ranking, HotD trailed only its sire Game of Thrones (on HBO Max) and NCIS (streaming on Netflix).