Dwayne “The Rock” Johnson didn’t have a lot cooking when he first started out as a professional wrestler.

Fans will see just how far the movie star has come when the Young Rock Season 2 finale airs Tuesday at 8/7c on NBC. As seen in TVLine’s exclusive photos above and below, the two-part closer tracks Dwayne (played by Uli Latukefu) in 1996 Memphis as he follows in his father and grandfather’s footsteps pursuing a career in professional wrestling.

Just as in previous episodes this season, Dwayne is in Memphis to develop his skills and test out his tag-team strengths after the WWF sends him to the bustling Tennessee city. It is here that fans will see Dwayne use his first wrestling name (spoiler alert: it was not “The Rock”) and test out his not-so-great skills on the microphone.

Dwayne goes up against Jerry Lawler in the installment, and he fights back when a booker bullies Downtown Bruno; he even meets Ric Flair. The finale also fast-forwards to 2032, where presidential candidate Dwayne Johnson’s conflict with Dr. Julien comes to a head. 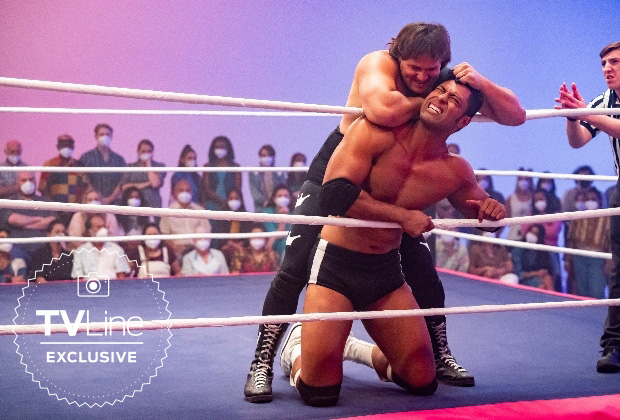 In part two of the finale, candidate Johnson survives the ups and downs of election day. While in a 1984 flashback, Rocky and Ata are at a crossroads with their futures in wrestling. Part of the storyline also delves into 1987, where teenage Dwayne (Bradley Constant) learns that the family is leaving Nashville. 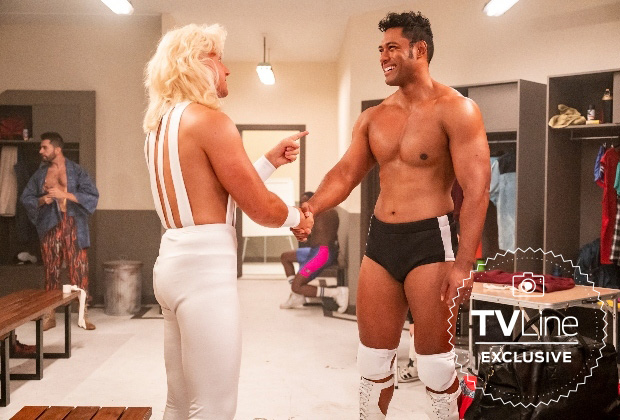 Are you excited about the Season 2 finale of Young Rock? Drop your thoughts in the comments.