Ewan McGregor is set to reprise his iconic Star Wars role in Obi-Wan Kenobi, and now we know exactly when that will be.

Disney+ announced Wednesday that the upcoming limited series will premiere on Wednesday, May 25 — almost 17 years to the day that Star Wars: Revenge of the Sith was released in theaters.

The streamer also unveiled a new poster featuring the Jedi Master walking through the Tatooine desert, which you can check out below. 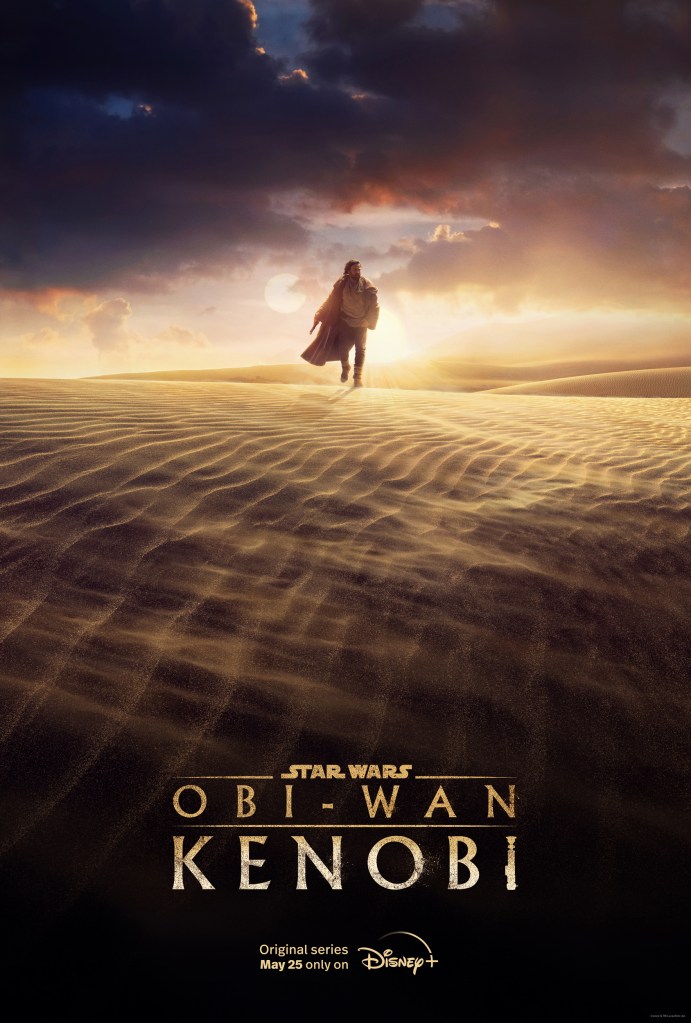 Set 10 years after the events of the 2005 film, the story centers on Obi-Wan, who “faced his greatest defeat — the downfall and corruption of his best friend and Jedi apprentice, Anakin Skywalker, who turned to the dark side as evil Sith Lord Darth Vader,” per the official description. As y’all recall, Obi-Wan bested Anakin during an intense lightsaber battle on Mustafar and then exiled himself to Tatooine while Darth Vader rose to power with the Galactic Empire.

Obi-Wan Kenobi reunites McGregor with Hayden Christensen, who will reprise his role as Vader in the show. (Christensen will also appear as Darth Vader in the upcoming Ahsoka series, according to reports.)

Are you excited for Obi-Wan Kenobi? What to do you hope to see in the show? Let us know your thoughts in the comments.