Talk about being committed to the job!

On Wednesday, a local reporter for NBC’s West Virginia affiliate was hit by a car during the 11 o’clock news, then bounced back up and continued her report.

TV's Best One-Sitting Binges: 20 Shows You Can Complete in a Day 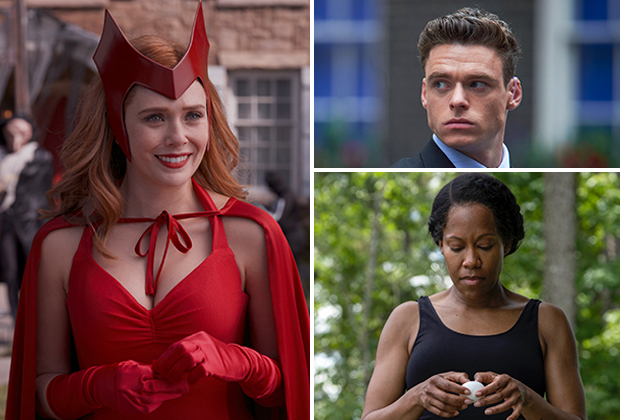 The incredible footage, which you can see below, shows the precise moment that an SUV slammed into Tori Yorgey, knocking the WSAZ-TV personality to the ground. Within seconds, the West Virginian is back on her feet to assure the driver, in-studio anchor Tim Irr and those watching at home that she’s OK.

Irr, who couldn’t see what happened at the time, asked Yorgey if she’d been “bumped down low” or “hit up high,” but neither Yorgey nor the driver were certain.

“I don’t even know, Tim,” Yorgey answered. “My whole life just flashed before my eyes… I thought I was in a safe spot, but clearly we might need to move the camera over a bit.”

Yorgey went on to praise the driver for expressing concern. “That woman was so nice,” she said. “She didn’t mean to [hit me]. It was an accident, I know it was, and I’m OK. Everything’s fine.”

From there, Yorgey continued her report about a local water main break without batting an eye.

Update: On Thursday evening, Yorgey thanked people for “the kindness and well wishes,” adding: “I am feeling fine, just a little sore.” She also vouched for news anchor Tim Orr, saying he “couldn’t see what was happening in that moment. He is one of the kindest people I know.”

Watch the video below, then hit the comments with your reactions.

Wow, this reporter gets hit by a car, and rebounds to finish the live shot! 😂 pic.twitter.com/dbwKt5N1xc