Gary is the villain everyone loves to hate on Tyler Perry’s Sistas, but he’s not irredeemable, insists Chido Nwokocha, the actor who has brought the baddie to life for four seasons.

“He’s not beyond redemption,” Nwokocha passionately tells TVLine about his character on the beloved BET series. “My hope is that in the next season or two, we’ll get to watch him evolve into a better man. Maybe by Season 6, fans will say, ‘I like Gary. He’s come a long way.’ Look at Zac. That brother has had an amazing come up.”

While Nwokocha, whose past credits include Days of Our Lives and Murder In the First, concedes that Zac’s path is nothing like Gary’s, he believes personal growth is possible.

“Zac’s journey is obviously different than Gary’s, and Gary has a lot more internal growing to do,” Nwokocha admits. “But it could happen. If he gets real professional help, instead of someone like Dr. Angela, he could learn to control his emotions and get his ego in check. We’ve seen glimmers of self-awareness, moments where Gary and Andi have talked and it seemed like things were cool until they went left.” 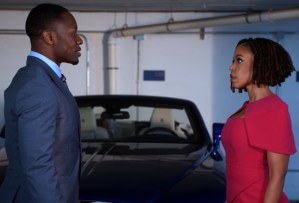 Ultimately, Gary and Andi don’t really know each other, Nwokocha observes, and it might be too late for them.

“As Chido, I am rooting for Gary,” he says. “Obviously, I have a personal investment, but I don’t think he’s a lost cause. I want him to get his act together and figure things out, even if that means he’s not with Andi anymore. He thinks she’s his ideal mate, but they haven’t had time to really sit down and get to know each other. Maybe if they did, they could become friends.”

Until that friendship blossoms, Nwokocha teases a Season 4 filled with Gary giving Andi lavish gifts to try and win her back. In last week’s episode, for instance, he bestowed his ex-fiancee with a $500,000 Rolls-Royce full of designer clothes and expensive jewelry. But will Andi take the Gucci goods and run, or will she hear Gary out? 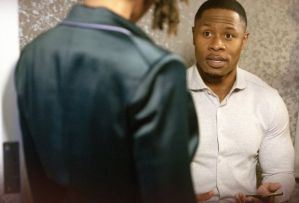 “Gary’s understanding is that this is what you have to do to win the woman you love,” Nwokocha reveals. “Like a lot of rich and powerful men, persistence helped him achieve success, and he looks at Andi breaking up with him as yet another challenge to overcome. He’s not trying to lose in general, and that includes Andi. He is determined to win and have things go his way at all costs.”

The best part, Nwokocha says, will be seeing how fans respond to Gary’s winner-takes-all ways on social media.

“It’s a lot of fun playing a character like Gary, who is very different from myself,” Nwokocha concludes. “My interactions on Twitter and Instagram are insane. I love to see all the memes and GIFs and videos. I can’t figure out how they come up with them so quickly and so cleverly. They don’t spare the rod at all. But I have thick skin and a good sense of humor, and when they’re really funny, I even respond.”

Do you think it’s possible for Gary to become a better person? Drop your thoughts in the comments.