Less than 10 minutes into the new season of RuPaul’s Drag Race, the queens get their first face-crack moment. And it’s really more like a shatter. 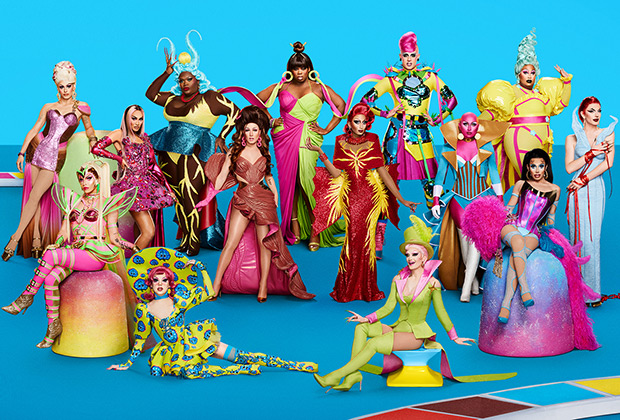 VH1 has released the first act of Friday’s Season 14 premiere (8/7c), giving fans some extra time with the first seven queens — for better or worse — and revealing a major twist in the game.

“It’s hunting season, bitches!” declares Alyssa Hunter, the first queen to sashay into the werkroom. She’s followed by Bosco, who looks like Maleficent was styled by Minnie Mouse, and Kornbread “The Snack” Jeté, who’s poised to be one of the season’s shadiest (and most entertaining) queens.

Up next is Willow Pill, who just wants what we all want out of life (“money, jewelry and hot dogs!”), and the stunning Kerri Colby, who arrives draped in the colors of the transgender flag. They’re joined by June Jambalaya (the self-proclaimed love child of Megan Thee Stallion and Phaedra Parks), and Orion Story, who delivers the longest entrance “line” in Drag Race herstory.

But just when everybody’s riding high, along comes Mama Ru to knock them down a peg. After welcoming the queens to the werkroom, Ru drops this bombshell: “Don’t be doing no half-steppin’, because the competition starts now. And before this premiere episode is over, one of you will sashay away.”

That’s right — unlike recent seasons, which also divided the queens into two groups for the premiere, no one is safe this time around. (Click here to take a closer look at these queens, as well as the seven we’ll meet in the Jan. 14 episode.)

Hit PLAY on the video above for your first taste of the Season 14 queens in action, then drop a comment with your thoughts below. Which queen(s) are you already rooting for?