Marcus and Mia’s road to happiness on HBO Max’s Love Life has been anything but conventional.

Some might even call their path to bliss destructive because of all of the relationships the two burned through to get to one another. That list of casualties included their own romance after Mia cheated on Marcus with a TaskRabbit contractor because of the emotional baggage her parents’ failed coupling caused.

But with the help of therapy, soul searching and forgiveness, Marcus and Mia made their way back to one another and found true happiness in the Season 2 finale. The denouement opened with the couple attending Ola’s Off-Broadway play inspired by her failed romance with Marcus. Borrowing from Hamilton‘s rap and hip-hop style, the production featured a woman dropping bars about her purported “king” turning out to be a “little-ass boy” instead. 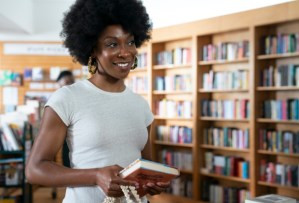 Marcus and Mia complimented Ola for her ability to channel her anger against him in her work, but Ola faked them out and claimed to have no idea what they were talking about as she introduced them to her new man. Taking her pettiness one step further, Ola wished Mia “good luck” before sauntering off to mingle and network.

Mia saw right through Ola’s dismissive ways, and Marcus confessed that he lost interest in Ola (whom he was living with at the time) the minute he ran into Mia one night while moving Ola’s car. His girlfriend encouraged Marcus to take a page from Ola’s book and channel the rage he felt about the predominately white publishing company he used to work for and turn that into to the Great American Novel he longed to write.

Overcome with love and appreciation for Mia and her willingness to work while he wrote, Marcus casually asked Mia to marry him, and she casually agreed. Fast-forward 10 months later, and the two were not only married but expecting their first child. After their daughter Baby Audrey was born, Marcus kept working on his book, Mia hired a nanny to help and he finished his first draft. 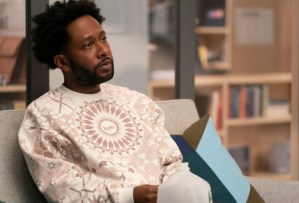 Marcus had Trae read the manuscript, and he said it was solid, but that Marcus was inconspicuously missing from the text. The observation, though true, stymied Marcus and prevented him from revising his book.

Later, when he confessed to Mia why he hadn’t gone back to the drawing board to revise his work, he admitted that he made the main character more like the man he wanted to be and not the “man-child” he often was because he was hiding. Feeling a sense of relief, Marcus revised his book in 90 days, and a year later, his published book turned out to be a success.

The couple bought a brownstone, and Marcus toured and promoted his book. But his greatest reward was telling a very overworked and fatigued Mia that it was her turn to quit her job because she hated it. The couple celebrated by drinking too much and dancing terribly to Nelly’s “Ride Wit Me,” and it was awesome. 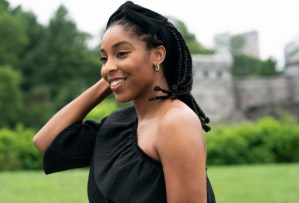 Mia ended up vomiting on the side of their Uber, and Marcus lovingly cleaned it up because he finally realized, good times or bad, Mia was his destiny and his home. Marcus even took Mia on a surprise getaway to the Bahamas to profess his love. And as they flew away, while his mother watched the baby, everything just felt right.

What did you think of the Season 2 finale? Are you glad Marcus and Mia ended up together? Grade the season in our poll, and drop your thoughts in the comments.