Hayden is a childish character who only pretended to put in a back-up offer on Tyler Perry’s Sistas because he wanted to provoke Zac to violence, so Zac would go back to prison.

Thankfully, when the soapy BET drama aired this Wednesday, Fatima’s boo thang saw through Zac’s paper-thin provocations and refused to give him the satisfaction.

But it wasn’t easy, and the more Hayden asked Zac where he got the money to buy a house, the more Zac wanted to punch him in the face. Hayden also tried to embarrass Zac in front of Renee the real estate agent, and he said Zac’s business was his business because Zac is dating Fatima.

There was a lot more posturing that went on far too long, but ultimately, Hayden derived enough happiness from angering Zac to the point of near-violence that he giddily slithered away. Zac told Renee that Hayden was just wasting their time and wouldn’t be making an offer after all, and Renee — who low-key seemed to be turned on by Zac’s machismo — said she understood.

Speaking of understanding, Karen, who is becoming quite the female version of that weirdo Hayden all of a sudden, refused to comprehend or respect the fact that her ex-boyfriend Zac has moved on with Fatima. Old girl showed up at the airport looking all sorts of crazy, and Danni was like, “Why are you here?” Danni told her Zac left the airport because he quit, but Karen foolishly showed up anyway to try and make him talk to her. 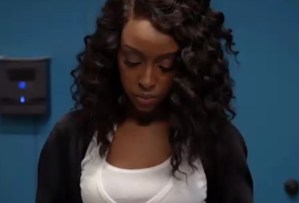 In an attempt to help Karen move on with her boring life, Danni called Zac and handed the phone to Karen. She asked him why he wasn’t taking her calls, and Zac said he loved her, but their relationship was finished. He urged Karen to move on, but she said she couldn’t until he told her it was over to her face. Zac agreed to meet Karen at Danni’s place so Karen could get closure at last.

Things got messier when Zac called and told Fatima he was going to meet with Karen because she was hounding him. Fatima rolled her eyes and informed Zac that Karen didn’t want closure. She wanted him. A disappointed Fatima said at least now Zac would know if he was truly over Karen.

Andi had no idea what Karen was up to and stopped by her salon to check on her. While she waited for Karen to arrive, a bouquet of roses showed up from Aaron, and Pam said it was weird, especially because his ex-wife killed herself at Karen’s beauty shop.

When Karen showed up, she took Andi to her office but refused to accept Andi’s apology for not telling her what she knows about Zac and Fatima. Andi also said she thought it was a bad idea for Karen to meet with Zac to get closure and added that she’s sick of being put in the middle. 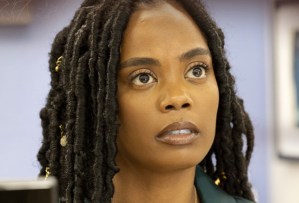 Elsewhere in Atlanta, Jacobi had the audacity to stop by the bank to win over Sabrina after he falsely accused her of sexual harassment. Maurice shot him down and said that Jacobi should be ashamed of himself, but Sabrina took pity on him and said she would hear him out. Sabrina did say that she didn’t trust Jacobi not to falsely accuse her again and said they would have to talk in front of Maurice.

Jacobi confessed that he makes rash choices when he gets angry, and he apologized. He begged Sabrina to talk to him in private, and she finally caved in — but not before Maurice called him a “ho.” Oh, Maurice! Can you judge when you’re still attracted to Q, the man who put a gun to your head?

When they were alone, Jacobi said he really liked his former supervisor because she’s a good woman. He said he was sorry he hurt her by lying and asked for his old job back. Sabrina said she couldn’t forgive him and he could never work at the bank with her again. She turned down him for a date, and Jacobi left the flowers and said he hoped to see her again someday.

Do you think Zac should meet with Karen to give her closure? And are you worried that Fatima’s prank on Hayden will backfire next week? Drop your thoughts in the comments.