“The final element that’s been missing” — golden speedster kicks — has at long last been added to The Flash‘s supersuit, Grant Gustin declared on Saturday at DC FanDome.

Reflecting on his costume’s years-long evolution, Gustin said during the online fan event, “I’ve loved all the versions of The Flash suit we’ve had on the show, but the suit we have now is the closest to the many iterations you see in the comic books — with the exception of those gold boots!” Now, though, the scarlet speedster will now motor around in his flashiest footwear yet. “I’ve always felt that those boots would be the final touch,” Gustin said.

The official first look at The Flash’s complete new ensemble (below) also features a newly designed center crest and wings. 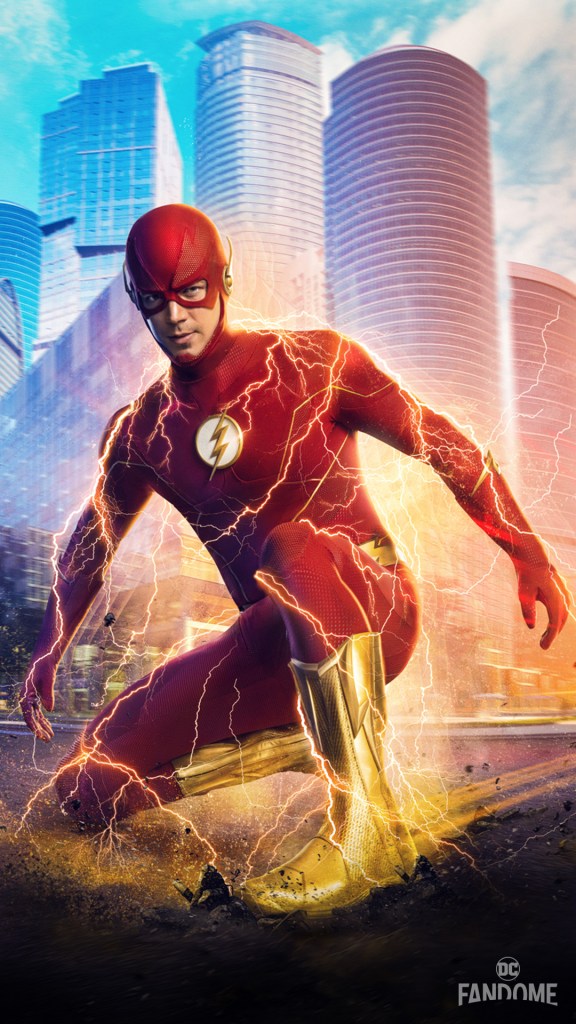 The Flash will debut his latest fit during the five-episode “Armageddon” event that will kick off Season 8 on Tuesday, Nov. 16, on The CW. The team-up features a cavalcade of super-powered guests — including Javicia Leslie’s Batwoman, Brandon Routh’s The Atom (see photo), Cress Williams’ Black Lightning, Chyler Leigh’s Sentinel (from Supergirl) and Osric Chau’s Ryan Choi (from “Crisis on Infinite Earths”).