The most astute actors will tell you the best way to play a villain is not to be the bad guy. This is how Dopesick‘s Will Poulter approached his portrayal of Purdue pharmaceutical salesman Billy Cutler in the heartbreakingly realistic limited series, with the first three episodes now streaming on Hulu.

Purdue exploited loopholes and perpetuated lies to sell its OxyContin, which created an opioid epidemic from which America is still reeling. But as the drama proves, it was the company’s reps who did the legwork. Purdue salespeople used bribes and even threats to get doctors and pharmacists to push their painkillers and were handsomely paid in return.

“Certainly they were complicit in spreading lies and promoting this highly addictive drug as non-addictive,” The Maze Runner vet tells TVLine. “Our characters are composites and not based on actual people, per se. They’re amalgams. Without being an apologist for anyone who worked at Purdue at the time, they were under an immense amount of pressure and were manipulated by their higher-ups. I kept that in mind.”

Billy tells so many personal and professional lies to Dr. Samuel Finnix (Michael Keaton) in the first three installments that it eventually becomes too difficult to separate fact from fiction. For instance, in Episode 2, Billy said his father battled cancer, but he didn’t.

“At the end of the day, there is personal accountability,” Poulter adds. “And anyone who was knowingly promoting this addictive drug as non-addictive has to be held accountable. These sales reps were hired to be mouthpieces and not for being socially responsible or scientifically informed. They were manipulative and gifted at getting people to do what they wanted them to do. It’s an unavoidable part of the narrative and a big part of our roles as actors.” 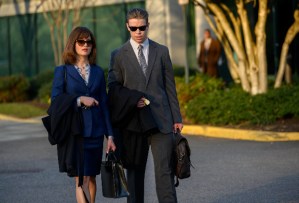 Exploring the human side of opioid pharma reps, who could be considered drug dealers in many respects, also attracted Hamilton‘s Phillipa Soo to play Billy’s coworker and crush Amber.

“I was drawn to the story because it’s based in truth on an issue that’s been very problematic in this country,” Soo says. “We’re pulling the curtain on what woke these people up in the morning and what helped them sleep at night. And sometimes, they didn’t sleep at night.” 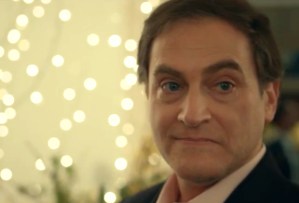 “Does he think he’s curing pain? Is he lying to himself?” Strong asks. “By the end of the series, you’ll see those questions get answered. He does have some sort of personality disorder. Multiple people that I interviewed who worked at Purdue felt like he is on the spectrum and that he has no empathy. It’s been written about in multiple books. His personality disorder could be one of the causes of the opioid crisis.”

What did you think of the portrayal of Richard Sackler and the Purdue pharma reps in Hulu’s Dopesick? Drop your thoughts in the comments.