Will Grey’s Anatomy‘s Mer grab a proper drink with a prospective beau? What good news/bad news awaits Magnum‘s pal Rick? What’s the prognosis for The Flash‘s Iris? Read on for answers to those questions plus teases from other shows. (Email any brand-new Qs to InsideLine@tvline.com.)

I am a huge fan of potential Grey’s Anatomy couple Meredith and Hayes. Is there hope for them? –Giuseppe
“Time has not been on their side!” exec producer Meg Marinis acknowledged during TVLine’s fall preview interview. “He asked her for a drink, and then he found her outside having collapsed from COVID.” Yet, Marinis noted, “we saw Hayes being more drawn to her even as she was in a hospital bed all season.” In other words, yeah, there’s hope — big time. And though over the holidays, in Season 17’s finale, they swigged from a half-empty bottle of whiskey in the doctors lounge, they need to have “an official drink, if you will,” the EP noted. 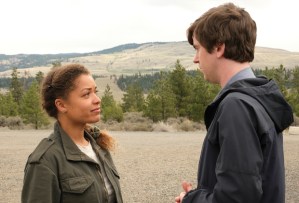 Any chance that Antonia Thomas will return to The Good Doctor as Claire for Shaun and Lea’s wedding? Or make an appearance this season? –Raya
“God, I hope so!” executive producer David Shore says. “I’m not here to overpromise, but she wants to come back, we want her to come back… We will find an excuse to get her back for an episode or two here and there.”

Any news on Upload, the Amazon Prime series? –Addi
Only that it probably won’t be back until 2022.

Any chance that Marg Helgenberger will appear on CSI: Vegas now that All Rise has been canceled? –Linda
I’m hearing nothing thus far about Marg reprising her role as Catherine Willows, but as EP Anthony Zuiker teased at TCA, “Anytime we can get any of our veterans back, it’s such a great plus for all of our fans. We have a couple more [casting] surprises in store — I can probably say that.” 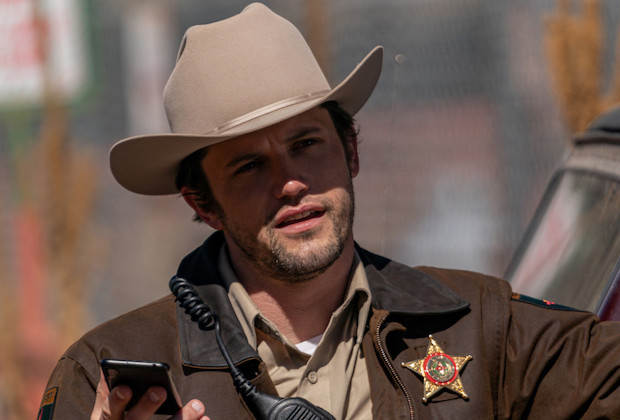 Are we going to get more insight into Max’s purpose/backstory before this season of Roswell, New Mexico ends? –Amanda
“When it comes to Max’s purpose, I’d remind the audience that he’s a clone of Jones made by Nora,” EP Chris Hollier responds. “The question we’ll get into this season is: What purpose did those other aliens have in mind for Max?”

Is there any thought of a crossover between the NCIS mothership and NCIS Hawai’i? –Serena
A thought? Surely. Anything in the works? Doesn’t seem like it. “We haven’t discussed it yet,” NCIS showrunner Steven D. Binder told me, “but I’ve worked and known [NCIS: Hawai’i co-showrunner] Chris Silber for a really long time, so that always makes those sorts of things easier.” Silber in turn told me, “I’m always open to any sort of crossover that CBS will allow,” while CBS Entertainment chief Kelly Kahl himself said, “We just want to get the first batch of Hawai’is under our belt, and then we can talk about the fun stuff.”

Any scoop on what Iris West will be doing in Season 8 of The Flash? –Isabella
One thing she won’t be doing, at least during the five-part premiere event, is struggling with her eye-glowing time sickness. “Iris’ time sickness gets dealt with after ‘Armageddon,'” showrunner Eric Wallace told me. “Solving Iris’ time sickness is a huge, huge part of the entire season, and it will take all season to solve that. And that will have big ramifications for Barry and Iris’ relationship and marriage.”

Any news on when Twenties will return for Season 2? –Chris
Season 2 of Twenties will premiere Wednesday, Oct. 13 at 10/9c on BET and BET Her, now followed by the companion series Twenties After-Show With B. Scott. 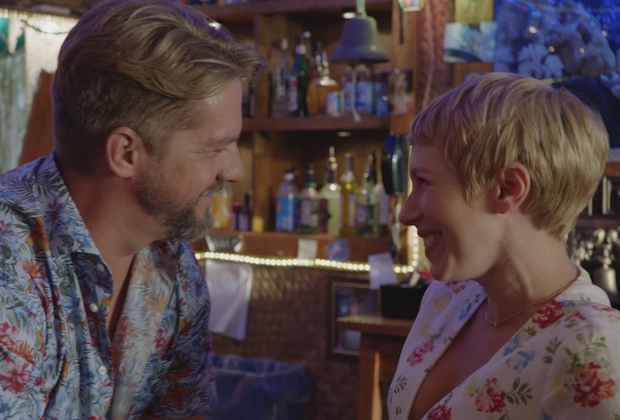 After last season ended, Magnum P.I.‘s Zach Knighton and his wife Betsy (who plays Suzy) announced they were expecting a second baby. Any chance the pregnancy will be written in this season? –Belle
I can tell you that in the Friday, Oct.1 season opener, Suzy will give Rick some very bad news… which is quickly followed by some very good news for them both.

I’m excited to hear The Conners‘ Dan and Louise get married! Do you have any other spoilers? –O.B.
“We’re tackling a lot of really kind of tricky areas that we haven’t gone into before, and [exploring how] relationships are altered because of the change in what’s going to be going on with Dan and Louise, and Darlene and Ben,” exec producer Bruce Helford told TVLine during our in-depth Fall Preview Q&A. “Romance is in the air, and that affects Jackie, that affects Harris…. There are a lot of new beginnings for people and embarking on new paths in their lives.” 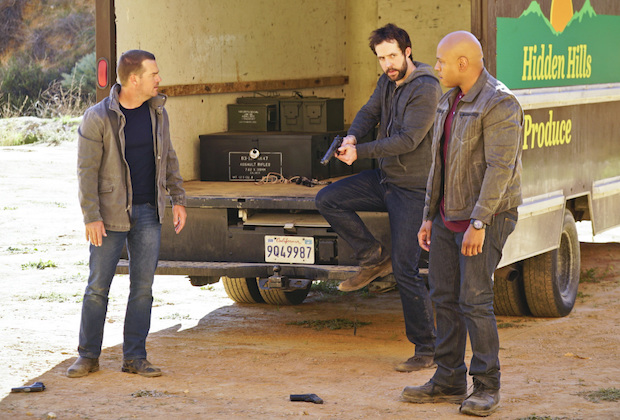 Any idea if Peter Cambor will be part of NCIS: LA Season 13? –Tony
Cambor was with the CBS drama at the start, and last appeared as Operational Psychologist Nate Getz midway through Season 8. And he just might be due for another encore. “We almost brought him back” on a recent occasion, “and it didn’t work out for various reasons,” showrunner Scott Gemmill shared when I posed your Q. “But we have talked about him coming back specifically this year, because of what Callen’s going through. He may be a surprise down the line [and] it may tie into the problem Hetty has to solve in Syria.”

If you want the Inside Line on a favorite show, email InsideLine@tvline.com! Questions left in Comments will not be read and may very well count against your final score. (With additional reporting by Ryan Schwartz and Vlada Gelman)