Warning: The following contains spoilers for Thursday’s Coroner premiere. Proceed at your own risk!

Coroner‘s Jenny Cooper is back on the job, and Thursday’s Season 3 premiere found her facing a global pandemic, an unwelcome blast from the past and more difficulties.

The episode began with Jenny in what appeared to be a socially distanced therapy group screaming out their frustrations, before flashing back to four months earlier to reveal the progression of COVID. While working a case involving the death of a nursing home caretaker, Jenny was also dealt some big personal challenges: A letter arrived from her PTSD-suffering beau Liam, and then Jenny learned that there’s an inquest into her sister’s death and her father’s role in it. (As you’ll recall, Jenny was actually responsible for her sis’ accidental death.)

Meanwhile, Detective Donovan “Mac” McAvoy got some unfortunate news of his own when his aching leg led to a biopsy.

Below, star Serinda Swan breaks down the premiere’s twists, COVID’s role in Season 3, and Jenny and Liam’s future.

TVLINE | Moving forward, how is it impacting Jenny to have to deal with COVID so up close and personally as a coroner?
Obviously, it’s something that we really dive into in the first episode, just to honor what we’ve all gone through and to really set the stage for frontline workers and what they’re dealing with. Especially with being a coroner, the amount of [bodies] she is seeing after the numbers have been counted… [she’s] just very overwhelmed by it all. Throughout the season, as we all have, there are immense moments of grief, but then there’s also some happiness that you have to find, because you need to still find that levity in your life… So you see a woman that’s doing her best. 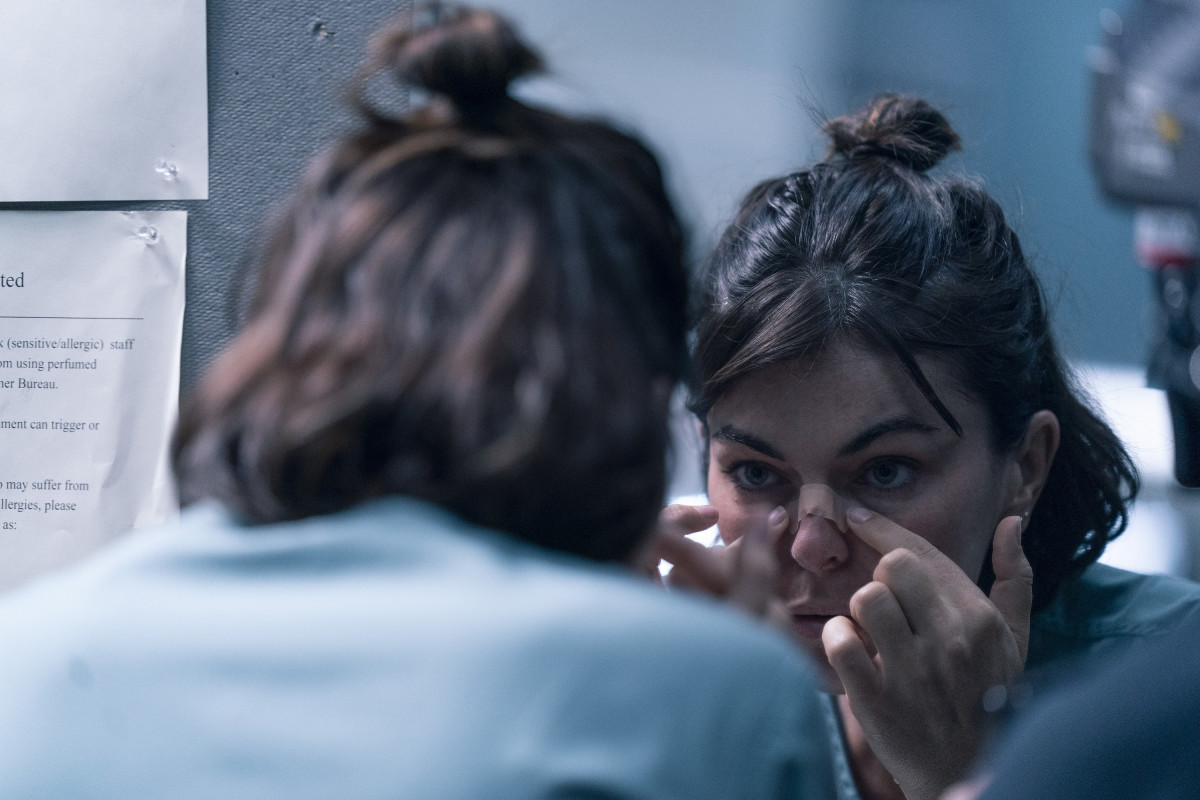 COVID is definitely like a character that is in the scripts for Season 3, but as all characters do, sometimes they’re in the forefront, sometimes they’re in the background, and then they’re not there at all. It’s woven through this season, and obviously, being a coroner, it directly impacts not only her professional life, but a lot of it has to do with her personal life as well. For a frontline worker coming home, especially with an elderly father and a son, all of that impacts where you live, from living in the basement to really making sure that every moment you’re just so conscious of your actions. We have this nice balance throughout the season where we’re still that wonderful escape where you get to go and dive into somebody’s life and death, but we’re also being really honest to the time of what we’re currently in.

TVLINE | Jenny finds out at the end of the premiere that there is an inquest into what happened with her sister’s death. What does it do to Jenny to have all that brought back up to the surface just when she’s sort of put that behind her and finally come to terms with it?
There’s a scene with my father and me in the kitchen where she can’t open Liam’s letter, and she says, “I’m so tired.” When you see, at that point, how tired she is, she has a choice to make when she gets the notification from Clark: Either she is going to buckle, or she’s going to stand into it. Obviously, it’s Jenny, so she’s like, “All right, let’s do this.” But like anything that comes at us these days, there is a little bit of a deep sigh. Like, “Oh wow, this is a lot.” It brings up protection, for her, around her father. It brings up [a] “this again?” vibe. This has to be handled once and for all. “Am I going to have to publicly make a statement of what happened? Or is it enough to know, personally, what went on?” So that’s a little piece that’s unlocked this season around her sister’s death and if she can finally put what happened to rest so that after that, she can start to unlock the feelings around it like, “How do I feel about that? Do I feel guilty? Do I feel like I’m to blame? Do I feel like this is fair or not, what happened to me?” Because she didn’t mean to. It was a horrific accident, what happened, and it broke her, and it broke her family apart, and how does she deal with that throughout the season?

TVLINE | Is the inquest entirely focused on her father? Or do they start to suspect Jenny’s involvement in what happened?
We go into that a little bit more in the second episode, the who and the what and the why. Clark, obviously, is coming in to look at this. This is something that she finally thinks is behind her. The frustration of it leads her to quite an interesting place. But we actually find out quite quickly this season [about] the involvement. It’s not something that we pull through the entire season. That aspect of it is put to rest, but then we kind of move more into the emotional side of it. 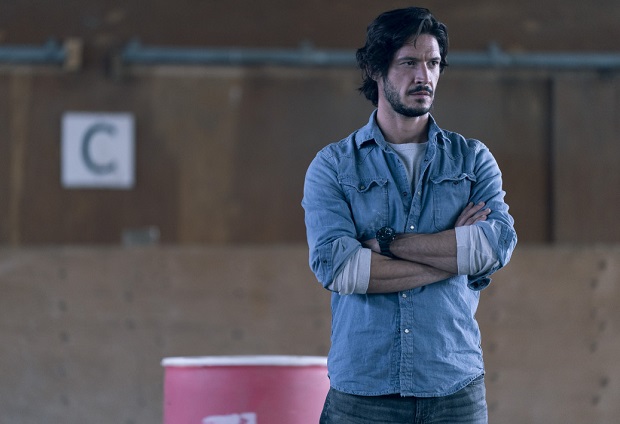 TVLINE | We have to talk about Liam’s letter: When is Jenny finally going to read it?
Liam and Jenny have had that spotty communication, and I always feel like they are two soulmates that agreed to meet at one spot and constantly take wrong turns… It’s just like two ships passing in the night, and Jenny’s not opening it because she thinks that he’s breaking up with her. And he’s writing her to say, “Hey, I want to see you. I want to connect with you,” and he doesn’t hear from her because she thinks that it’s a breakup letter. So unfortunately, they are so mistimed that it is this heartbreak, this season of trying to figure out how to get them, ultimately, back together or to finally come apart. But it really starts off showing how these two people love each other so much that, at this point, they’re protecting themselves from this immense love that they feel, and they just cannot seem to get on the same page, which is very frustrating for the two of them. 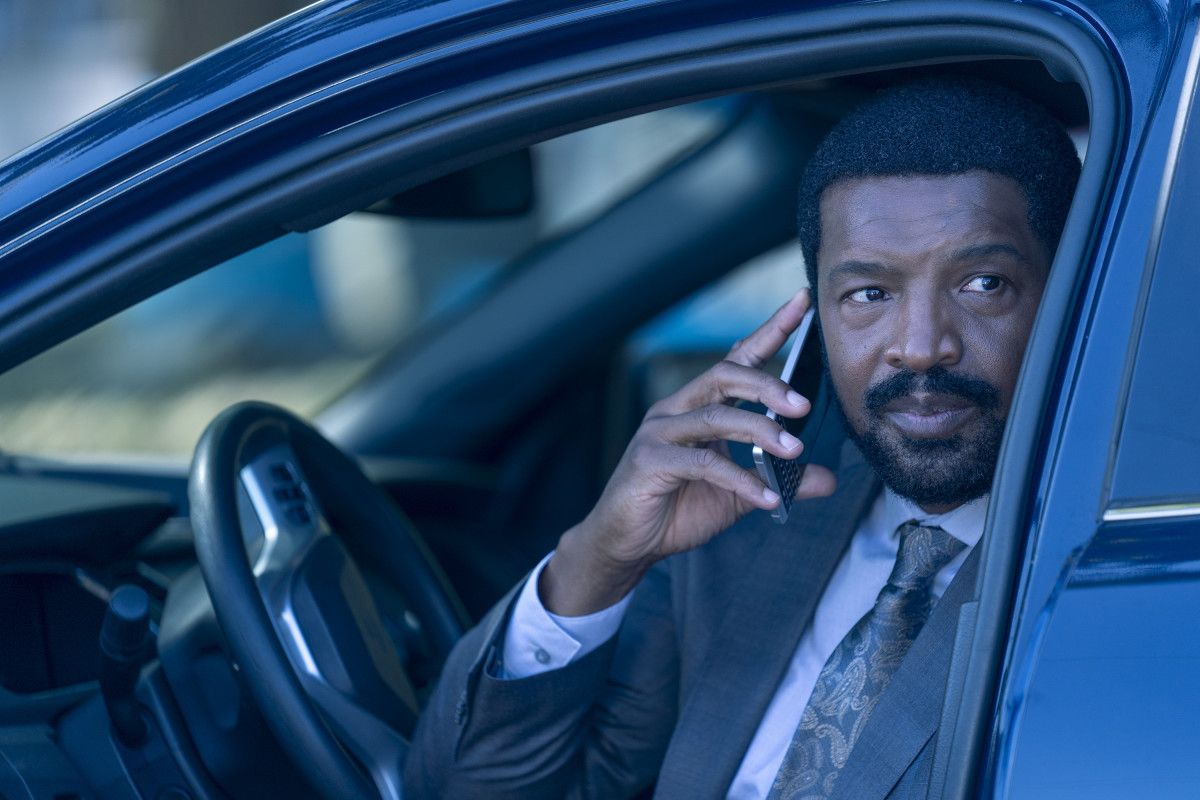 TVLINE | There’s also some worrisome stuff happening with Donovan and him possibly having cancer. Is that something he’s going to open up about to Jenny? Or will she maybe clue into it herself, being a doctor?
This season, we really wanted to open up into a little bit more of everyone’s personal worlds. When you have a detective and a coroner, and one’s a man and one’s a woman, eventually, you either see this bickering or you see a long lead love interest, and we’re neither. We’re really good friends. So at the end of [Season] 2, you see them start to bond in a different way. And so going into [Season] 3, it’s the theme of everybody sort of breaking down some walls, and I think with the pandemic, everybody needs a little more help than they originally thought or that they normally would need. So there are some beautiful moments this season for Jenny and Donovan to open up. She figures out a little bit, he opens up and allows her in a bit more. So there’s just a nice evolution between the two of them this season for them to rely on one another.

TVLINE | How worried should we be about his health?
I don’t know how much I can give away! [Laughs] We should be worried, for sure. We don’t tease things and then just be like, “Haha, he’s fine!” We deal with his health issues this season.

Coroner fans, what did you think of the season opener? Grade it below, then hit the comments!