Andi sure is enjoying her new work relationship with Robin on Tyler Perry’s Sistas.

On this week’s installment, Robin informed Andi that he didn’t come to Atlanta solely to settle his client’s divorce case. Robin confessed that he could’ve discussed the settlement terms virtually, but he felt compelled to meet Andi in person so he could ask her out. Andi reminded Robin about Gary, her fiancé, but Robin said he finds Andi stunning and she’s technically free until she says “I do.”

Fatima interrupted the flirt fest, and that’s when Robin revealed that her boss had approached him about opening a UK branch of their law firm. At first, this revelation seemed to bother Andi. But who is she kidding? Old girl likes Robin, and after he left her office, she stared into space as if imagining their lives together.

Trust and the possibility of new love were big themes on Episode 10, titled “Run Tell That.” For instance, Fatima struggled to trust Zac, who said he still has love for Karen but isn’t in love with her anymore. He said he’s developing deeper feelings for Fatima and she drives him crazy.

Unconvinced, Fatima asked Zac where he was staying and added that he needs to get his own place. Zac — who just found out he’s $787,000 richer, thanks to that stock tip — smiled at Fatima and didn’t tell her about the money. However, he did say he was definitely going to be able to afford his own home. 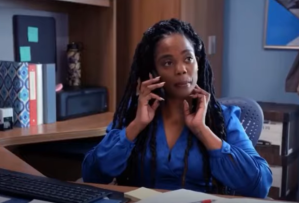 Zac then went to the bank and acted a whole fool. He made jokes about going to the strip club and making it rain. He also asked the stock specialist to help him reinvest $287,000 and to move the remaining balance to a separate bank account. Before parting ways, Zac asked for a cashier’s check for $72,000, but before he could say who the check was for, the show went to commercial. Chances are it has something to do with that duplex Zac talked about buying, or perhaps he is paying back Karen.

Sabrina was just as curious as viewers were and asked the stockbroker questions about why Zac was at the bank. The woman revealed that Zac had just profited nearly a million dollars, and Sabrina was speechless… but surely she anticipated spilling the tea for Karen and the girls. Before she could, she went to bother Maurice about why he was behaving so gleefully, and Maurice revealed that he hooked up with Q. Sabrina warned Maurice that Q is on meth, and Maurice poo-pooed her cautionary advice because the sex is so good. Besides, Sabrina has her own problems with Jacobi popping up at the bank like a stalker. 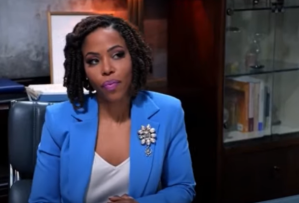 Back to Andi and Robin. Before heading to his hotel, he stopped by Andi’s office to see if she had spoken to her client, and she said yes and the offer was accepted. An agreeable client meant Robin would have to head back to London, and he cursed the turn of events because it meant Andi wouldn’t be coming back to his hotel for a drink.

This made Andi giggle like a naughty schoolgirl, but she asked if Robin was respecting her ring. He said he was, and she thanked him. Robin reiterated that until Andi marries Gary, she’s available in his eyes. They flirted some more until Andi giddily asked Robin to get out of her office. She headed home and found Gary with not one but two women. Oh lawd. Looks like Robin was right after all.

What do you think of Gary’s latest antics on Tyler Perry’s Sistas? Do you think he will be able to explain his way out of this mess, or will Andi finally stop this madness and leave him? Drop your thoughts in the comments.