As sweet and touching as Netflix’s K-drama You Are My Spring is, there are times when it seems like Da Jeong just can’t catch a break.

In Episode 11, her brother Tae Jeong informed her that their absentee father had died. His death, in turn, caused all of their unresolved emotions to boil to the top, and there were so many tears. Tae Jeong, for instance, recalled that their dad had tried to reach out to him when they were teens. He’d popped up at Tae Jeong’s school, and Da Jeong’s younger brother was so scared that his father would bother her, too, he ran to her school and sprained his ankle.

Da Jeong heard this news and started sobbing because all these years, she had been telling herself that Tae Jeong was too young to remember their abusive father and all of the pain and strife he had caused. But Tae Jeong very much remembered and had intentionally shielded his mom and sister from the past encounter he’d had with his dad. 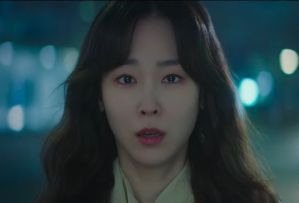 Da Jeong wiped her tears, and she and Tae Jeong went to console their mom Mi Ran, but she was putting on her toughest game face and swore there was no reason to mourn. She also told her daughter and son they didn’t have to pay off their father’s outstanding debts. She’d hired a lawyer who would handle everything. The two thanked their mom, and before she went to the kitchen to grab a snack, she revealed that she had told their late father that he should leave them alone and only visit in death. Mi Ran also said she had dreamt about him.

Overcome with emotion, Mi Ran snuck away to the bathroom to run the water and cry in private. This of course broke Da Jeong’s heart, and she wondered how many times their mother cried this way. When Young Do offered to come up and console Da Jeong and her family, Da Jeong asked him to stay away so she could take care of her mom alone.

Unfortunately, Young Do had already made the trek. And when he saw Da Jeong crying alone, he walked back to his car and drove away. He didn’t go far, and instead decided to figure out his next move with Da Jeong while sitting alone at the beach. Mi Ran spotted him, however, and she wondered why he was moping. He revealed that Da Jeong wanted to be alone with her, and Mi Ran said he should’ve stopped in and said hello anyway. She also told Young Do not to get sick and stay by her daughter’s side forever. 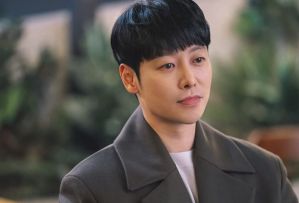 The only problem is, Young Do was sick. He was so sick, he left his car at a traffic light and walked to the hospital in pain because he thought he was having a heart attack. Thankfully, it was a minor infection that flared up because of stress, and Young Do’s doctor said he had to stay in the hospital a few days. Per Da Jeong’s mother’s words, Young Do chose not to tell Da Jeong the truth about his illness and even left the hospital for a short while to see her.

When Da Jeong learned what was really going on, in Episode 12, she went to confront and comfort Young Do and tell him that he shouldn’t lie and that they could make things work. Her plans were cut short when Da Jeong overheard Young Do telling his police detective friend that he didn’t want to die and ruin Da Jeong’s life, so he would break up with her before that could happen.

The two broke up, and to stop herself from crying, she yelled at Young Do for deceiving her. Young Do yelled back and said she should dump him because, like all of her ex-boyfriends, he was a scumbag. Yikes. Here’s hoping Da Jeong stays away from Ian Chase, who had just been exonerated for murder thanks to video footage.

What did you think of You Are My Spring Episodes 11 and 12? And are you hoping Da Jeong and Young Do get back together? Drop your thoughts in the comments.