Lisa Turtle peels herself away from her lovers (plural) just long enough to grace us with her presence in Peacock’s Saved by the Bell revival. The same can’t be said for her onetime admirer Samuel “Screech” Powers, whose glaring absence is addressed in the big homecoming episode.

Screech was last seen at Bayside more than 20 years ago, around the same time that Saved by the Bell: The New Class was put out of its misery. He’s a no-show for his alma mater’s annual fundraising gala, which brings Zack, Kelly, Slater and Jessie together just long enough to salvage their friendships and dig up their high-school time capsule (whose contents include Jessie’s caffeine pills, Slater’s Swan Lake costume and Kelly’s lei from the 1992 TV-movie Saved by the Bell: Hawaiian Style). 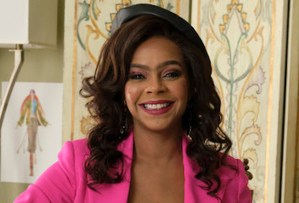 The foursome also reconnects with the aforementioned, Paris-based fashionista, who gets on FaceTime just long enough to make her egomaniacal friends feel bad for forgetting that they all attended Bayside with Principal “Ron Ron” Toddman (who is green-screened into multiple flashbacks from the original series’ run, including scenes from the Season 3 classic “No Hope with Dope”).

As for Screech, his far-off whereabouts are revealed during a conversation between Slater and Jessie. At one point, Slater mentions that Screech and his robot Kevin (remember Kevin?) currently reside on the International Space Station, which is currently orbiting 248 miles above Earth. So yeah, he couldn’t make it. 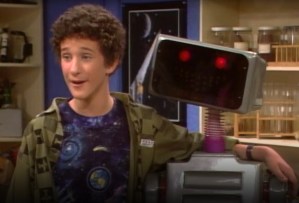 Jettisoning Screech from the franchise was to be expected. Back in 2009, portrayer Dustin Diamond published a tell-all titled Behind the Bell, which included sordid details about his co-stars hooking up and using drugs while on set of the NBC sitcom. It would eventually serve as the source material for Lifetime’s 2014 made-for-TV movie, The Unauthorized Saved by the Bell Story. (In 2016, Diamond appeared on Dr. Oz and apologized for Behind the Bell, alleging that a ghostwriter penned the tell-all on his behalf.)

There’s also the fact that back in 2015, Diamond was sentenced to four months in prison for stabbing a man in a Wisconsin bar. He served three months time, got out on good behavior, then broke parole and served an additional two days in prison.

And who can forget that in 2006, Diamond released the infamous sex tape Screeched: Saved by the Smell? (“Zoinks!”)

In addition to the Screech reference, the big reunion blesses us with an impromptu Zack Attack performance of “Friends Forever.” After the band gets cut off by Toddman, who’s not exactly sure what’s going on, Zack realizes that the band was only ever famous in a rockumentary he dreamt up. And for all you Jessie/Slater ‘shippers out there, Kelly makes Jessie aware that her high-school sweetheart is still very much in love with her, which she somehow hasn’t realized until now.

What did you think of Saved by the Bell‘s big homecoming episode? Were you satisfied with they chose to write around Screech, or are you still holding out hope for a Dustin Diamond appearance in a potential Season 2?