Warning: We’re about to spoil a major death on The CW’s The 100. If you aren’t caught up, turn back now.

Wednesday’s episode of The 100 ended with what was arguably the sci-fi drama’s most consequential death yet. Now, the actor in question is offering some words of comfort to fans still reeling from the shocking turn of events. 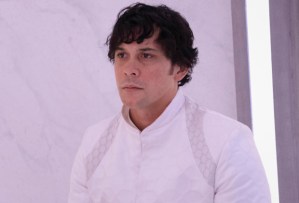 “What a wild and life changing ride it has been,” Bob Morley wrote in an Instagram post on Thursday. “I am deeply grateful to all that have been involved in this production over 7 long years. I’d like to thank the Crew, Cast, Writers, Production office, Casting, Vancouver, CW and WB. And I want to thank the FANS that have gone along this journey with all of us. I have forged memories on and off set and at conventions that will burn brightly for the rest to my life. … Farewell Bellamy, it’s time for the big sleep, rest easy. You are finally free.”

Showrunner Jason Rothenberg also used social media to address Bellamy’s death, posting this message immediately after the episode finished airing on the east coast: “For seven seasons, The 100 has been a show about the dark things that humanity will do to survive and the toll those deeds take on our heroes’ souls. We knew Bellamy’s death had to go to the heart of what the show was all about: Survival. Who you’re willing to protect. And who you’re willing to sacrifice.”

Rothenberg continued, “His loss is devastating, but his life and his endless love for his people will loom large and affect everything that comes after, to the very end of the series finale itself. We thank Bob for his beautiful work over these long years and wish him all the best in his future endeavors.”

Only three more episodes remain in The 100‘s seven-season run, with the series finale set to air on Wednesday, Sept. 30. What are your hopes for the final four episodes? And how do you feel about Bellamy’s death at Clarke’s hands? Drop a comment with your thoughts below.