The Grim Reaper thinned the #PeakTV herd this year in triple-digit fashion.

Between network, cable and streaming, more than a hundred shows aired their final episode in 2019, either due to cancellation or a predetermined “final season.” (By comparison, 2018 death toll was 102.) The small-screen casualties ranged from long-running hits (Game of Thrones, Elementary) to critically adored gems (Fleabag, Crazy Ex-Girlfriend) to… shows we barely knew existed, frankly (what’s Wayne again?).

Check out the gallery to the right — or click here for direct access — for a complete-ish rundown of the shows we said goodbye for good in 2019. (Note: this list doesn’t include series like Murphy Brown and Take Two, which were cancelled this year but aired their final episodes in 2018, or like Agents of S.H.I.E.L.D., which had their final season announced this year but will actually finish airing in 2020.) 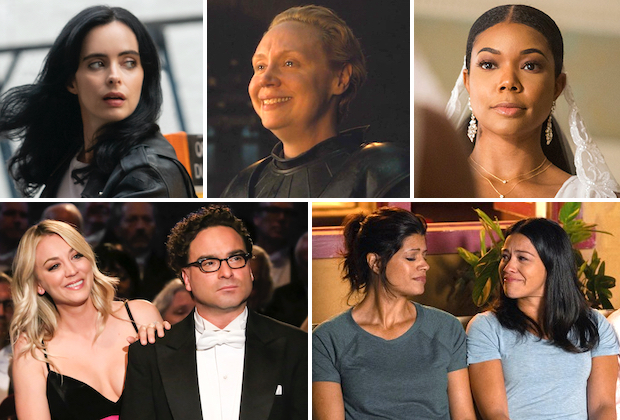 Once you’re done mourning with us, pop back here and vote in the comments: Which of this year’s dearly departed shows will you miss the most?

Still to come in our Year in Review: Dumb Things TV Did, TV Workaholics, Scene Stealers and much more!