TVLine has learned exclusively that One Life to Live alumna Amanda Setton has joined the cast of ABC’s lone remaining daytime drama in the role of Brook Lynn Ashton, and that she will make her debut on Monday, Nov. 18. A first photo of Ned (played by Wally Kurth) and his wife Olivia (Lisa LoCicero) welcoming Brook Lynn back to Port Charles appears below.

Born to Ned and his then-love, Lois Cerullo (Rena Sofer), back in 1996, Brook Lynn has previously been portrayed by Brooke Radding and then Adrianne Leon, each of whom earned Daytime Emmy nods for their performances.

Setton’s previous TV credits include Hawaii Five-0 (where she recurred as M.E. Dr. Mindy Shaw), The Crazy Ones, The Mindy Project, Gossip Girl and the aforementioned OLTL (as exotic dancer-turned-Mrs. Clint Buchanan Kimberly Andrews. Wait, what?).

Are you excited to see Brook Lynn back in the General Hospital mix? Weigh in on the character’s recasting in Comments! 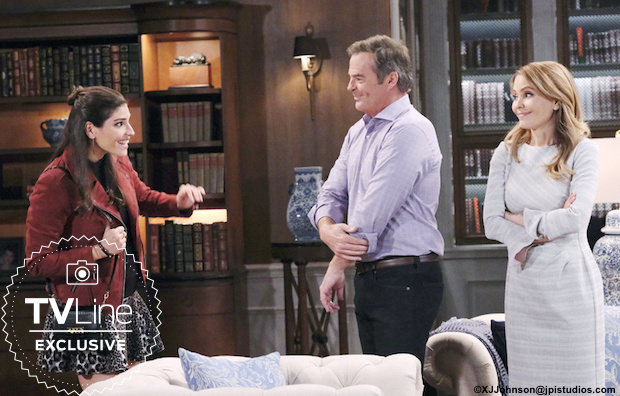