ABC/ESPN and Fox Sports on Tuesday unveiled their respective broadcast schedules for the XFL football league’s 2020 revival season, which will kick off (#SportsPun) less than a week after the NFL’s Super Bowl LIV.

All told, ABC and ESPN will combine to televise 22 XFL games, and Fox Sports will handle the other 21. Fox will host the East Division finals, while ESPN will serve up the West Division final and then the league championship (airing Sunday, April 26).

Less than a week after the Big Game, will you be ready for some (more) football? 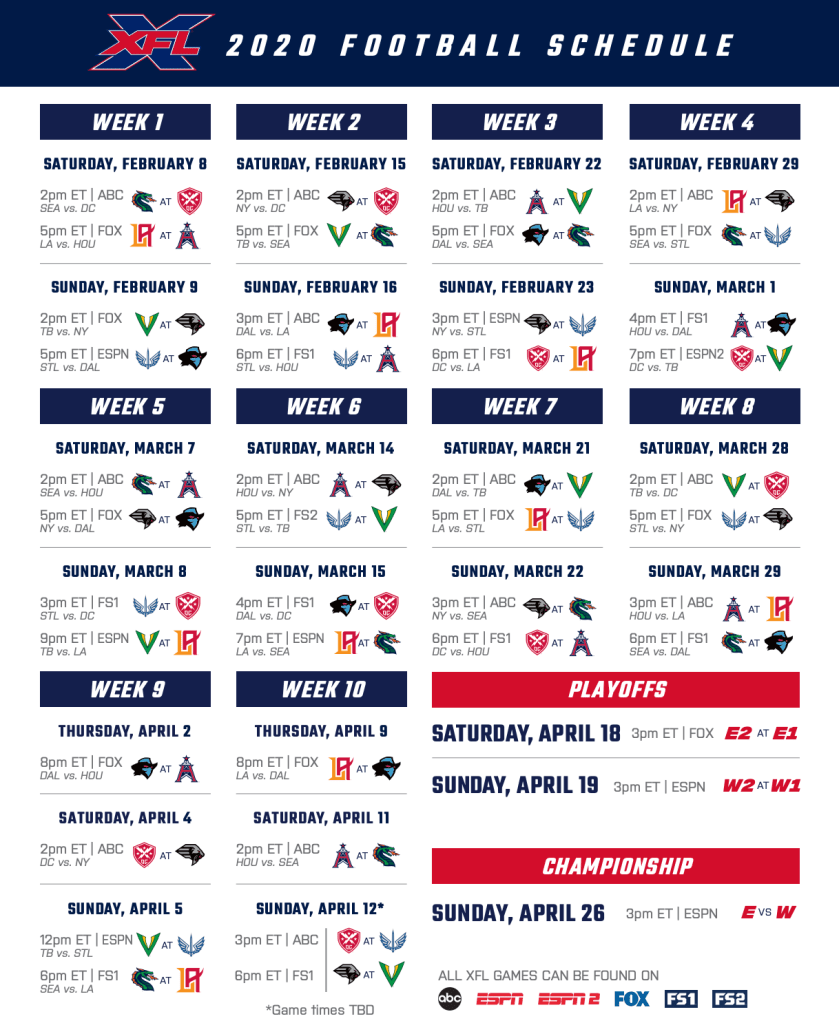