Diahann Carroll, who as Dynasty‘s Dominique Deveraux played one of the first major black characters on a primetime soap, died Friday. She was 84.

Carroll passed at home after a long illness with cancer, per The Hollywood Reporter.

She was featured prominently on the original Dynasty and its offshoot The Colbys in the 1980s, playing the deliciously wicked half-sister of John Forsythe’s Blake Carrington. The role allowed Carroll to fulfill a dream she voiced to People in 1984: “I want to be the first black bitch on television.”

Another signature part for the Tony-winning actress was the title role in Julia, a 1970s comedy about a widowed nurse raising her young son. The show ran three seasons on NBC and was groundbreaking in that its protagonist was a black character whose profession was not that of maid, butler or servant. 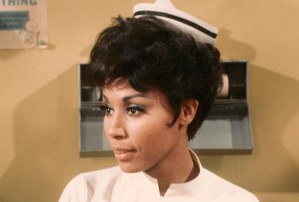 She wed four times (to manager Monte Kay, clothier Freddie Glusman, editor Robert DeLeon and singer Vic Damone), and she is survived by her daughter, Suzanne Kay, and grandchildren August and Sydney.

We’re sorry to hear of the passing of the legendary Diahann Carroll. Her groundbreaking role on NBC’s Julia made history and touched millions of people. Our condolences to her family and friends. pic.twitter.com/845Ex6V9PG