The long-gestating Mad About You revival has “recast” Janeane Garofalo, who previously played Paul and Jamie Buchman’s grown-up daughter.

Per our sister site Deadline, Abby Quinn (from Black Mirror‘s “Arkangel” and this Christmas’ Little Women film) has been tapped to play college-age Mabel in the 12-episode revival, which landed on Spectrum back in March. Paul Reiser and Helen Hunt will reprise their signature roles in the “limited series,” bowing late this year.

(In the original NBC comedy’s flash forward-filled May 1999 finale, Cara DeLizia played a teen version of Mabel, who was born two years prior, while Garofalo appeared as a twentysomething version of the character, who like her father had become a filmmaker.) 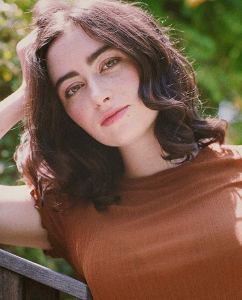 As previously reported, the revival will revolve around Paul and Jamie grappling with empty-nest syndrome in the wake of Mabel’s admission to college.

Peter Tolan (Rescue Me) will serve as showrunner, with Reiser, Hunt, Brian Volk-Weiss, Michael Pelmont and Matthew Ochacher serving as EPs. Danny Jacobson, who co-created the show with Reiser, will beas an executive consultant. Hunt will direct the premiere episode.