The Flash‘s next foe is a real piece of work — Bloodwork, that is.

Heroes alum Sendhil Ramamurthy is joining the CW hit in the recurring role of DC villain Bloodwork, it was revealed on Saturday at the San Diego Comic-Con. 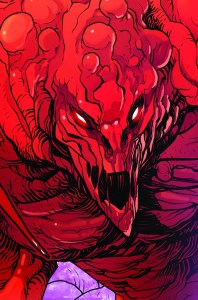 Specifically, Ramamurthy will play Dr. Ramsey Rosso, a brilliant physician with a genius intellect, and the world’s leading expert on hematological oncology. A former colleague of Caitlin’s, Rosso “rekindles their friendship” after they are reunited by an unexpected event. Their longtime bond, though, is quickly shattered when the doctor’s desire to defy the laws of nature takes him down a dark path… one that transforms him from an old friend into the most chilling villain Team Flash has ever faced: the monstrous Bloodwork.

Watch the Bloodwork-centric trailer below:

In addition to his run as Heroes and Heroes Reborn‘s Mohinder Suresh, Ramamurthy’s TV credits include New Amsterdam, Reverie and Covert Affairs.