Netflix on Thursday dropped the first trailer for the limited series Unbelievable, which finds Booksmart‘s Kaitlyn Dever at the center of an alleged sexual assault.

Based on the Pulitzer Prize-winning article “An Unbelievable Story of Rape” by T. Christian Miller and Ken Armstrong, and the This American Life episode “Anatomy of Doubt,” Unbelievable tells the true story of Marie (Dever), a teenager who files a police report claiming that she was raped by a home intruder. As an investigation gets underway, the lead detectives on the case, as well as those closest to Marie, begin to doubt her story. 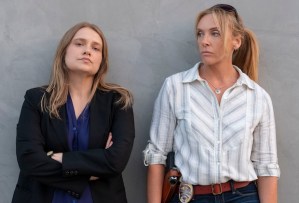 Dever is best known to TV audiences for her role as Last Man Standing daughter Eve. She also recurred on FX’s Justified, on which she played Loretta McCready.

Unbelievable is set for release on Friday, Sept. 13. Press PLAY on the trailer above, then hit the comments with your reactions.