An old friend is after Alicia’s business — and maybe also her heart — in this sneak peek from ABC’s Grand Hotel.

In this Monday’s episode of the summertime sudser, UnREAL alum Freddie Stroma guest-stars as Oliver, the associate manager of the rival Finn Hotel in Miami. A friend of Alicia’s from business school, Oliver now finds himself in competition for her business, if not more.

Press play above to watch the former classmates unexpectedly reunite. 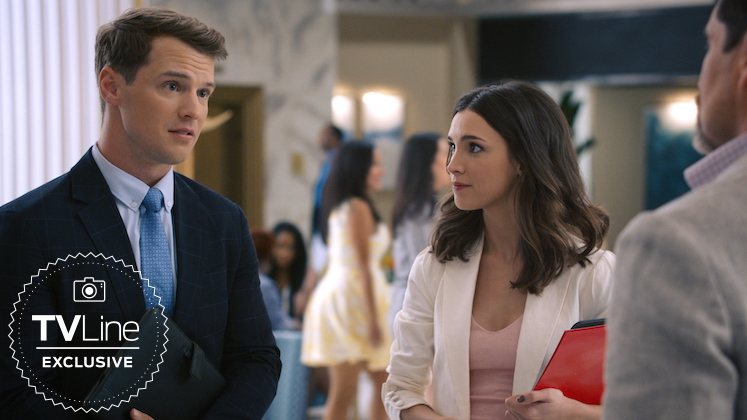 Elsewhere in the next episode, which is titled “Love Thy Neighbor” and airs Monday at 10/9c, Mrs. P goes undercover, while Javi embraces his new fatherhood role despite his family’s hesitations.

Want more scoop on Grand Hotel, or for any other show? Email InsideLine@tvline.com and your question may be answered via Matt’s Inside Line.