The upcoming Walking Dead spinoff that will focus on two female protagonists has found the first of its pair of leading ladies: Alexa Mansour has nabbed one of the plum parts, our sister site Variety reports.

The actress, a relative newcomer who has guest-starred on such series as Madam Secretary, How to Get Away With Murder and The Resident, will play a likable rebel whose sense of humor masks an inner sadness. And Mansour isn’t the only cast member who’s been signed to the AMC drama. Nicolas Cantu (who’s appeared on The Good Place) and Hal Cumpston (Bilched) will play, respectively, a karate kid who’s small for his age and a big-for-his-age loner who hates the fact that he scares his peers. 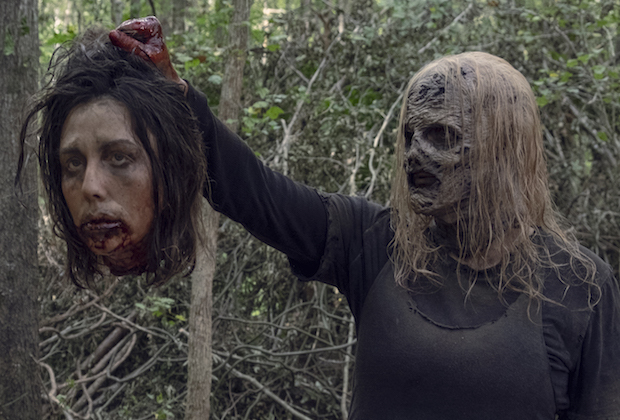 Co-created by Scott Gimple, the franchise’s chief content officer, and Matt Negrete, who’s spent the last five seasons as a Walking Dead writer/producer, the new offshoot will address what it’s like to be part of the first generation to come of age since walkers began roaming the earth. Production on the series’ 10-episode freshman season begins this summer; it’s intended to debut in 2020.

What do you think? Will you watch another variation of The Walking Dead? Hit the comments.