The women of The Bold Type made some very big relationship decisions during Tuesday’s season finale. While Kat was toggling between her lady loves, and Jane was debating whether to forgive Ryan, the future of Scarlet was also on the line. Read on to find out who ended up together — and who may be out of a job:

KAT | Following her city council loss, Kat is feeling down at work and conflicted about Tia vs. Adena. Surprisingly, Tia tells Kat to take her time figuring things out, but I bet if she had known that would lead to Kat and Adena having sex, she’d feel differently. To complicate things even further, Adena confesses to Kat that she never stopped loving her and doesn’t want to do this halfway. It’s not until Kat has a breakthrough at work, finding a way to meld a lip stain integration with the issues she wanted to explore as a city council member, that Kat realizes what she needs to do. She tells Tia that she wants to be friends — but that doesn’t mean that “Kadena” is back on. Instead, Kat channels her inner Kelly Taylor and chooses herself. Adena is a little surprised, because she figured Kat had something to do with her new job: She is Scarlet‘s new in-house photographer. So that’s going to make work awkward! 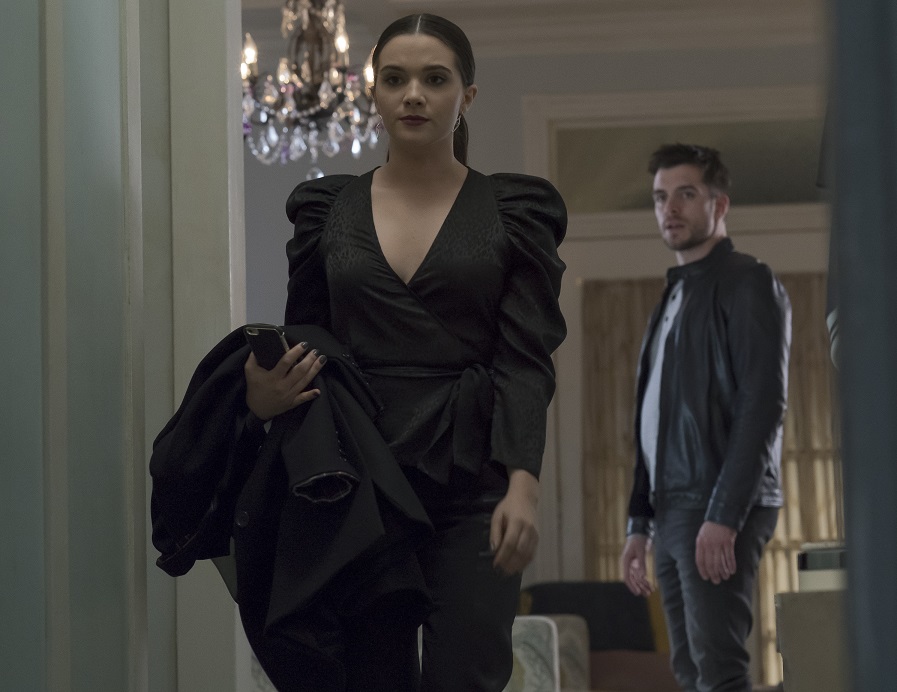 JANE | Ryan returns from his book tour early to try to make amends with Jane. He insists that the drunken kiss meant nothing to him, but Jane sees things differently, telling him, “It means that I can’t trust you, and I don’t really know how you feel.” Ryan makes another effort to win back Jane by showing up at her panel, where he stands to ask a question and then declares that he’s in love with his girlfriend, who remains unmoved. “I know you think that was some cute rom-com-y gesture, but I don’t appreciate being ambushed,” she says, so Ryan hands her a paper that he hopes will convince her they belong together: a “How to Tell If You’re With The One” quiz that Jane wrote. Although she told herself she would never stay with a guy who cheated on her, Jane realizes she loves Ryan, and that if she broke up with him, it would be because she thought she had to. So she gives him another chance — with a stern warning not to break her heart.

SUTTON | Her student fashion show is such a success that Joanna Coles requests a custom dress. Despite that win, Sutton ultimately realizes that she prefers the group spirit of her day job over the solitary work of design. And she wants Richard to have that same passion about his work, so she encourages him to go to San Francisco, even buying him a plane ticket. But whether or not he decides to actually leave remains up in the air for now.

JACQUELINE | After Jane is surprised that the magazine uses 14-year-old models — she’s worked there how long and somehow doesn’t know this?! — Jacqueline tosses half of the issue’s articles and photo shoots. With just 17 hours to go until print time, Jacqueline instructs her staff to come up with new ideas that promote better messages. The last-minute effort is a success — but Jacqueline’s non-board-approved move may have killed the mag. When Jane, Kat and Sutton arrive at the office the next day, movers are packing up everything, and Jacqueline is nowhere to be found.

Bold Type fans, what did you think of the season ender? Grade it via the poll below, then hit the comments!