I “get” why TV’s Marvel’s Agents of S.H.I.E.L.D. needed to ignore the events of Avengers: Endgame. But that doesn’t mean I have to be happy about it, even five weeks into Season 6.

To recap: Agents of S.H.I.E.L.D. previously and conspicuously referenced Infinity War‘s opening incursion in Season 5, Episode 19 (which aired April 27, 2018 aka the day the movie came out): “Aliens, you know…. Have you seen all this weird stuff happening in New York?” said Tony Caine/Candyman to Daisy. S.H.I.E.L.D. co-showrunner Jed Whedon in turn confirmed that the “last few episodes [of Season 5] take place during [Infinity War],” though by that season’s end we saw no ramifications of The Snap. And that was, you know… fine.

Season 6 then picked up the action one year later, meaning that — Endgame spoiler ahead! — May & Co. should be living in a post-Snap world where half the population was turned to dust and is years away from being brought back. And yet they aren’t. “All this is happening pre-Snap,” Ming-Na Wen, who plays May, told me. “At this point it’s safe to say that we have departed from following the [Marvel] cinematic universe in that sense, and are just telling our own stories.”

EP Jed Whedon explained to EW.com that a main reason for sidestepping the established continuity was that if ABC wanted/needed S.H.I.E.L.D. to come back sooner — say, prior to Endgame hitting theaters — “it would’ve destroyed everything. So the safest course of action for all parties involved was for us to stay pre-Snap.”

Which is understandable. Again, I “get” it. (ETA: I meant to acknowledge that looping the TV show in on the mega-top-secret MCU’s endgame surely would have proven problematic, barring a 1,000-percent stricter policy on BTS Instagrams and such.) But it nonetheless leaves me feeling as if 1) a storytelling opportunity was missed and 2) the TV series’ timeline has been compromised. 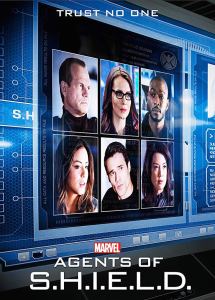 Listen, ever since Captain America: The Winter Soldier changed the game for Agents of S.H.I.E.L.D.‘s final stretch of Season 1 and beyond, the instances of synergy between the Marvel Cinematic Universe and its original small-screen offshoot have been few, far between, and slight. What is it that lore tells us, that Marvel’s movie guys have/had little interest in coordinating with the TV projects? Something like that? Whatever the case, my expectations have always been measured. And as exciting and refreshening an arc as it could have been, to “dust” off several S.H.I.E.L.D. characters, I always reckoned the TV show would write around that by having the actual Snap take place during the show’s hiatus — assuming, as I did, that Avengers: Endgame would bring everyone back without missing a literal beat in time.

Instead, Endgame established that the dusted stayed gone for five full years. So, barring a five-year time jump of its own, S.H.I.E.L.D. needed to either return with half of the characters abruptly absent, or… ignore the whole thing.

My problem with ignoring it, my problem with setting Season 6 between Season 5’s finale and the Thanos Snap, is that the show is now existing in a make-believe timeline. When Season 5 ended, the Snap was imminent. Now we are being told that a year has passed, and the Snap still hasn’t happened.

Someone out there is about to carp, “But they created an alternate timeline!” To which I will ask, “When?” When did that happen? Because as recently as 5×19 (in which Candyman referenced “weird stuff in New York”), the TV show was in direct sync with the movies. What do you propose happened in Season 5’s last three episodes that steered May & Co. into an alternate timeline? (Keeping in mind that, as Whedon told us, those final episodes spanned about one day.)

I understand why S.H.I.E.L.D. did what it did, why it decided to fudge the established continuity. But I’d be lying if I said it didn’t water down the current stakes, for me at least, since it’s taking place in some imaginary period of time. Yes, I am still tuning in, to follow The Search for Fitz — though I lament that we seem to be spending much of yet another season skulking around dark grey outer-space hallways. But I retain that right to be disheartened, that TV’s much-ballyhooed Avengers off-shoot has, with Season 6, pretty much cut its ties with the MCU.

But as Whedon himself once told TVLine, “It’s sort of an unspoken Marvel rule not to address time…. We’re told never to do that!”