Like Melisandre peering into the flames, Game of Thrones fans got an inside glimpse at the previously unknown when HBO aired The Last Watch Sunday. The two-hour documentary, helmed by Jeanie Finlay (Seahorse), offered a peek at what the cast and crew of the fantasy saga experienced during the filming of its eighth and final season.

In case you didn’t get a chance to watch the real-life look at Westeros — or if you’re making like Drogon and staying away from King’s Landing after last week’s polarizing series finale (read a full recap here) — have no fear: We watched the documentary in full and have singled out a few fun and/or surprising facts we learned.

Game of Thrones: What We Learned From The Last Watch Documentary 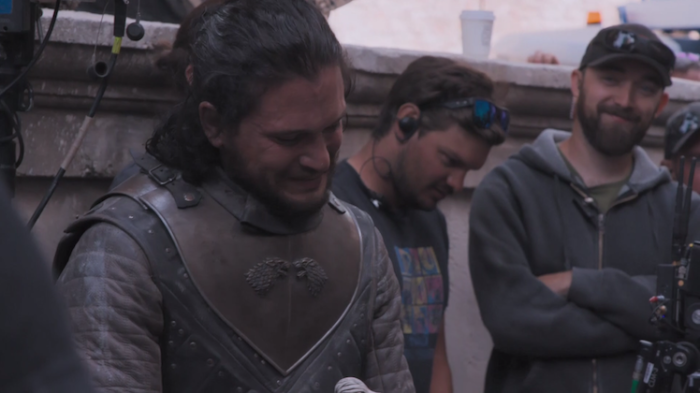 What is the snow that covers Winterfell really made of? Which characters were in the first scene filmed in Season 8? Whose roots often showed through her wig? What is the Night King’s motivating emotion?

For the answers to all of these (and many more) questions, click on the gallery at right or go to it directly here. And when you’re done, grade the documentary via the poll below, then hit the comments with your thoughts: What were your major takeaways from Game of Thrones: The Last Watch?