“It’d be a pity not to recognize what’s at stake — to go ahead and die stupid,” Timothy Olyphant’s Seth Bullock ominously warns Ian McShane’s Al Swearengen at the top of the official full trailer for HBO’s long-anticipated Deadwood movie, which premieres on May 31.

Gerald McRaney is also back as businessman-turned-senator George Hearst, who serves as the movie’s primary antagonist (you’ll recall he has some unfinished business with Trixie).

The two-hour revival — written by series creator David Milch  — picks up 10 years after the events of Season 3, which wrapped in 2006. “Former rivalries are reignited, alliances are tested, and old wounds are reopened, as all are left to navigate the inevitable changes that modernity and time have wrought,” per the official logline.

In a recent interview with TVLine, Olyphant described the pic “as a lovely goodbye” to the franchise.

Check out the official key art below: 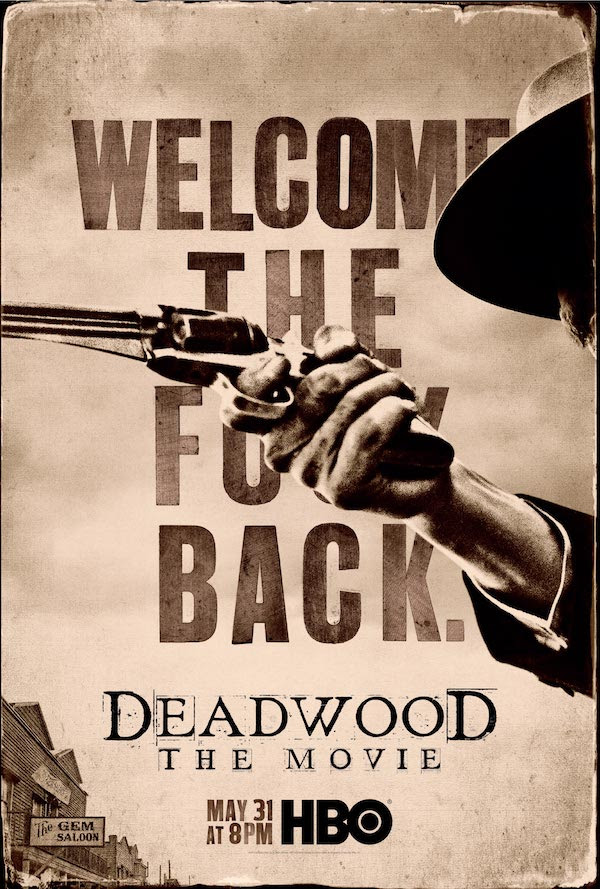