The Good Fight‘s 10-episode third season will premiere March 14 on CBS All Access, the streamer announced Wednesday at the Television Critics Assoc. winter press tour. And from the looks of the above trailer, the Christine Baranski-fronted Good Wife spinoff will not loosening its grip on the current administration.

In Season 3, “Diane tries to figure out whether you can resist a crazy administration without going crazy yourself,” per the official logline. Elsewhere, “Adrian and Liz struggle with a new post-factual world where the lawyer who tells the best story triumphs over the lawyer with the best facts, and Lucca balances a new baby with a new love.” Maia, meanwhile, tangles with a Machiavellian lawyer (played by new cast member Michael Sheen).

Check out the official Season 3 key art below: 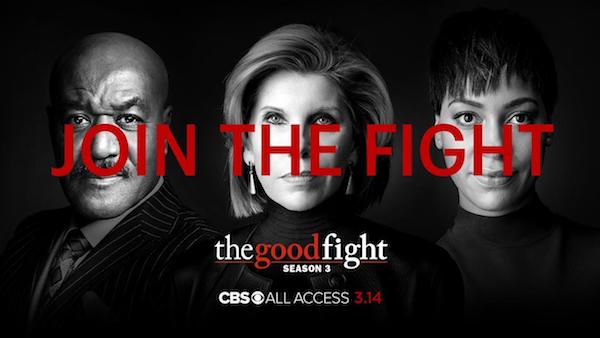