It is not a happy occasion when Mark Feuerstein reunites with his Royal Pains half-sister, Willa Fitzgerald, in Law & Order: SVU‘s first episode of the new year.

In the episode titled “Plastic” (airing Thursday, Jan. 10 at 10/9c on NBC), Fitzgerald guest-stars as a young woman who accuses a celebrity plastic surgeon (Feuerstein) and his girlfriend (Vikings‘ Alyssa Sutherland) of rape.

In the exclusive photos above and below, Rollins (Kelli Giddish) gets in the allegedly not-so-good doctor’s face, and questions both him and his accuser. Nedra McClyde (Orange Is the New Black) also guest-stars, as the surgeon’s attorney. 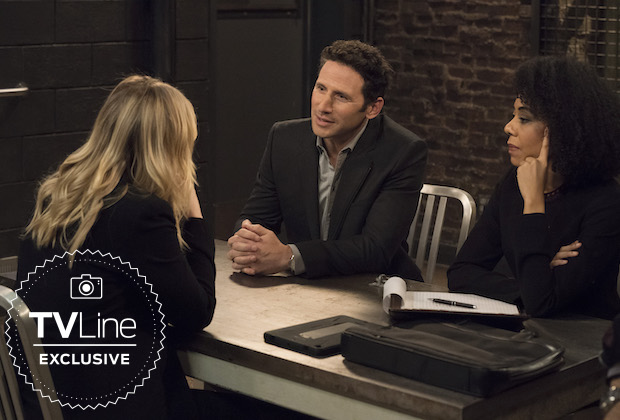 Since hanging up his stethoscope as Royal Pains‘ Hank, Feuerstein has starred on CBS’ 9JKL sitcom and had roles in Netflix’s Wet Hot American Summer: Ten Years Later and Fox’s Prison Break revival. Fitzgerald has been in Alpha House, PBS’ Little Women mini and TV’s Scream, and most recently played a young Robin Wright in House of Cards‘ final season. 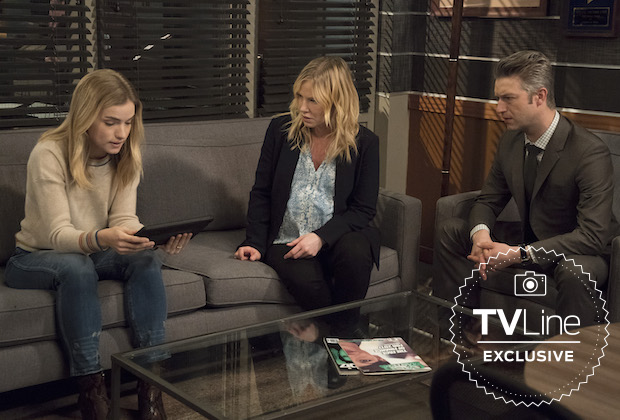