Now that they have completed their fall runs, let’s see how each network’s shows are stacking up thus far for the 2018-19 TV season, next turning our attention to CBS.

Listed below is the average Live+Same Day demo RATING for each CBS series. Beside that is the percent CHANGE versus each program’s previous full-season average (or its time slot predecessor’s performance, if indicated among NOTES). Each program’s RANK refers to perhaps the most critical measure — how it is faring compared to other shows on CBS, since come springtime heads must roll to make room for shiny-and-new pilots.

THE TVLINE BOTTOM LINE: Does CBS have a big comedy problem with Big Bang now in its farewell run? Young Sheldon will inherit the top-rated sitcom title though with a markedly lower number, while next-in-line Mom‘s future depends on its stars’ significant salary hikes getting OK’d. Beyond that…? Only The Neighborhood is a safe bet. On the drama front, tough calls may need to be made regarding pouring more money into an arguably unpromotable Bull and a MacGyver that lost its co-lead. 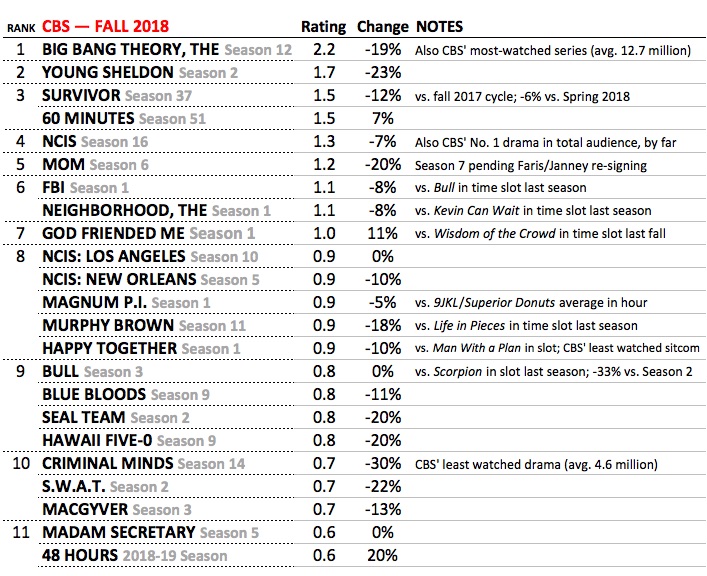