Ally Sheedy was in the room where it happened.

The upcoming second season of SMILF will flash back to the day Bridgette (Frankie Shaw) gave birth to son Larry and, as you can see from this exclusive first look, Sheedy — who guests as her midwife — had a ringside seat to the action.

Season 2, which premieres Sunday, Jan. 20, at 10:30/9:30c, also features a number of the series’ trademark fantasy sequences, one of which casts Bridgette as a blinged-out queen (see below). As previously reported, the Showtime comedy’s sophomore run finds Shaw’s titular single mom attempting to “move forward, exorcise old ghosts and atone for past misdeeds.” (WATCH TRAILER) 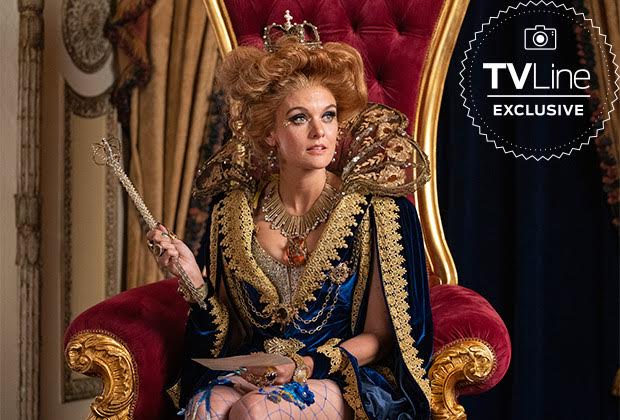