Honeymooners Jake and Amy are grinning from ear to ear (#TitleOfTheirSexTape) in TVLine’s First Look at the Brooklyn Nine-Nine Season 6 premiere.

Airing Thursday, Jan. 10 at 9/8c (now on NBC), Mr. and Mrs. Peralta appear to be enjoying some much-needed R&R following the events of the Season 5 finale. As you’ll recall, their “toit nups” were almost called off after a bomb threat forced them to put the kibosh on their planned ceremony. Thankfully, Charles was there to save the day, and led the effort to put together a last-minute, outdoor wedding, which was officiated by Captain Holt.

Needless to say, the following photos offer no hints about Season 5’s big cliffhanger: The squad was toasting the Peraltiago union at Shaw’s Bar when Holt received an email telling him whether he’d been named the next NYPD commissioner.

During a recent set visit, series co-creator Dan Goor would only tell us that Jake and Amy’s honeymoon “hits a snag.” Melissa Fumero (Amy) was even more cryptic, teasing that it “won’t be the honeymoon they think it’s going to be.” (Hmm…)

Scroll down for exclusive pics from Brooklyn Nine-Nine‘s NBC debut, then hit the comments with your predictions about that alleged honeymoon snag. 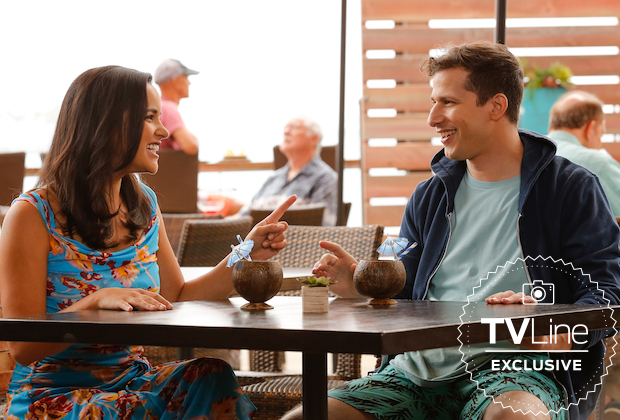 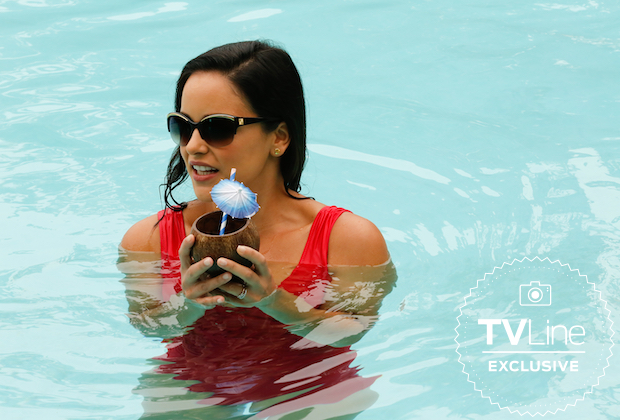