A flightless bird has his sights set on a crashed whirlybird in this first look from the fifth and final season of Fox’s Gotham.

When last we tuned into the Batman prequel series, Jeremiah Valeska had used a series of bombs to blow up the bridges connecting Gotham to the rest of the world. As Season 5 opens (on Thursday, Jan. 3 at 8/7c), nearly three months have passed, and supplies are dwindling — especially with Penguin and Barbara respectively controlling the pipelines for munitions and food.

Wayne Enterprises to the rescue…? Not so fast, Boy Wonder. Check out the full photo below, in which Penguin (played by Robin Lord Taylor) is in the midst of striking a deal for some seized cargo — after having just slain a long-running character (whose body is out of frame, #NoSpoilers).

Gotham‘s final, 12-episode season, subtitled “Legend of the Dark Knight,” is described as “a farewell event that will focus on Bruce Wayne’s ultimate transformation into the Caped Crusader, as Jim Gordon tries to hold together a city on the edge of chaos‎.” This farewell run will also introduce new villains, including the iconic Bane (Nikita‘s Shane West). 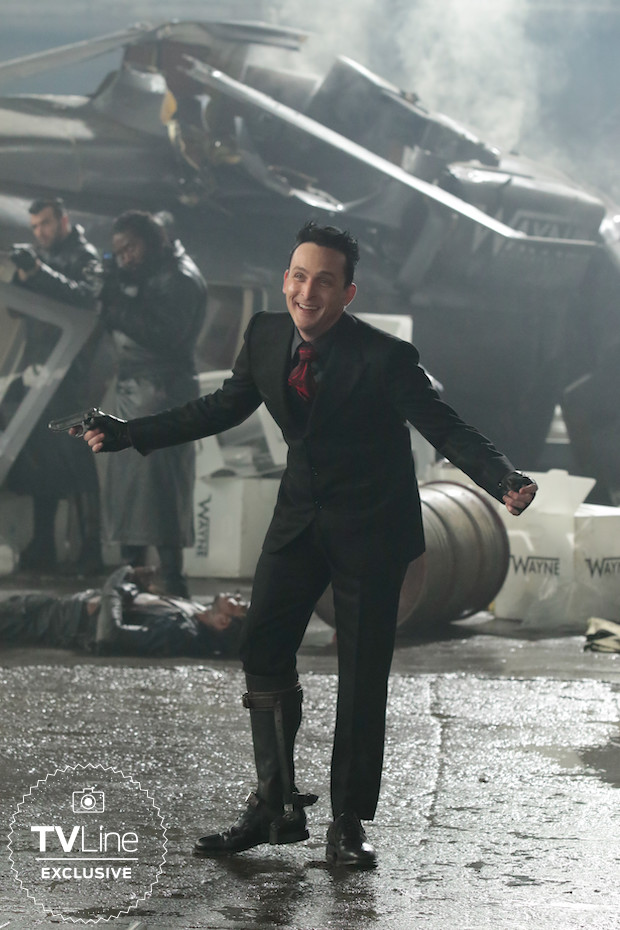