Schitt’s Creek‘s David is going to liven up his ho-hum relationship with Patrick even if it literally kills him.

In this exclusive sneak peek at the riotous Pop comedy’s Season 5 premiere (Wednesday, Jan. 16, at 10/9c), Alexis — faux concerned that her brother’s romance with Patrick is on a collision course with “snoozetown” — invites her sib and his other half to accompany her and Ted on their latest intimacy-boosting “adventure date.”

For his part, David is too perturbed by the mere accusation that his love life has hit a repetitive patch to even consider such an overture. But Alexis has the receipts, courtesy of a decades-old issue of Major Lady magazine.

Press PLAY above to watch David and Alexis do their supremely entertaining brother-sister dance, and then scroll down for a first look at the somewhat dangerous looking double date that results. And programming reminder: As a pre-Season 5 appetizer (or is it a Season 4 dessert?), Schitt’s Creek will air a standalone Christmas special on Wednesday, Dec. 19, at 10/9c. 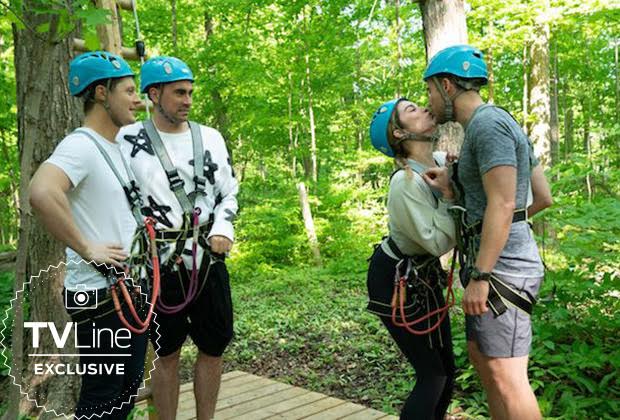