Ken Berry, best known to TV audiences for his work on F Troop, Mayberry R.F.D. and Mama’s Family, has died at the age of 85. A cause of death has not been disclosed.

Berry’s death was first announced by his former wife, actress Jackie Joseph, in a Facebook post on Saturday. She later acknowledged the outpouring of “love and gratitude” expressed by friends and admirers of the late actor, and shared a photo of Berry and his partner of the last 26 years, Susie Walsh: 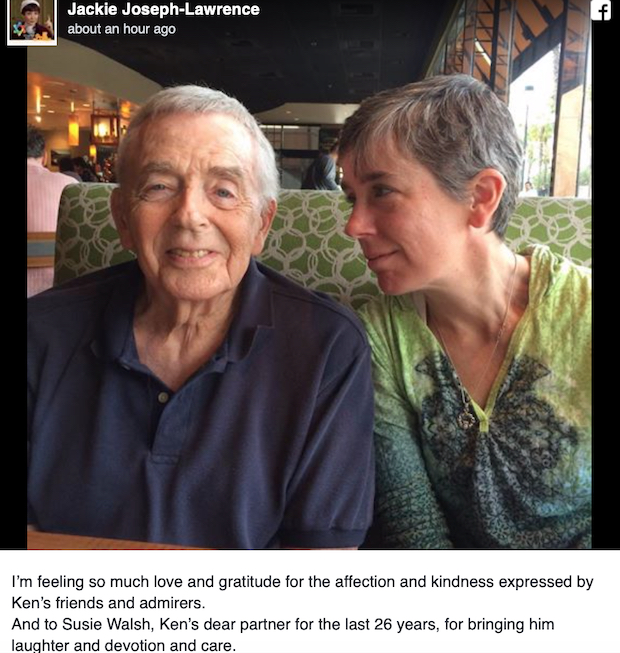 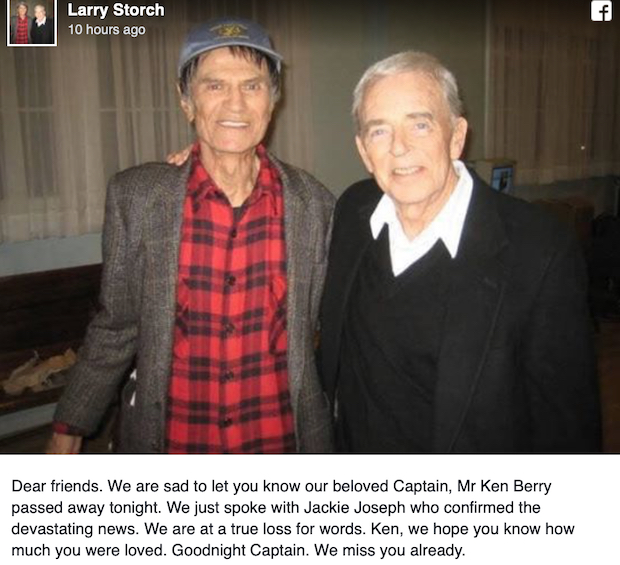 Berry’s breakout role came when he was cast as Capt. Wilton Parmenter in F Troop, which ran from 1965-1967. Next, he appeared in four episodes of The Andy Griffith Show as Sam Jones, then starred in the spinoff Mayberry R.F.D., which aired from 1968-1971. He later went on to star as Vinton Harper in the Carol Burnett Show spinoff Mama’s Family, which ran from 1983-1990.

Prior to F Troop, Berry had a recurring role as Dr. John Kapish on the medical drama Dr. Kildare. Additional TV credits included episodes of The Dick Van Dyke Show, The Love Boat, Fantasy Island and The Golden Girls.