This is the kind of casting stunt that causes universes to explode: Young Sheldon titular star, Iain Armitage, is set to invade Adult Sheldon’s (Jim Parsons) universe via a guest appearance on an upcoming episode of The Big Bang Theory, TVLine has learned.

And he’ll have company. 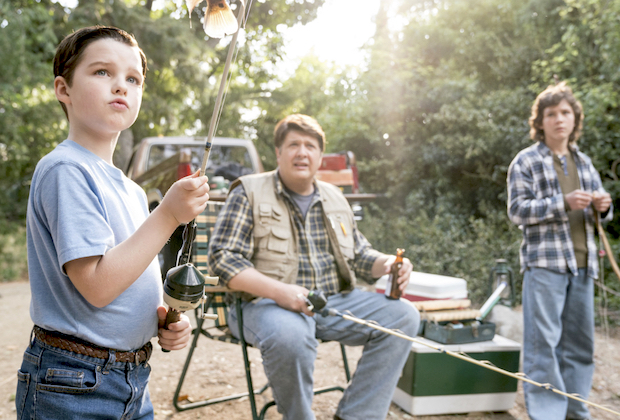 bro, Georgie). The episode is slated to air in December.

CBS confirmed the casting news but declined to shed light on how exactly Young Sheldon‘s ’80s-set trio will be worked into Big Bang‘s present-day world. Conventional wisdom, of course, suggests they will appear in a newly-created flashback.

The news comes as Big Bang approaches the midpoint of its 12th and final season. For cast member Kunal Nayyar, the harsh reality that the end is near has not yet set in. “I’m still trying to process all of it because it’s been such a big part of my life, obviously,” he recently said. “It’s given me all the blessings in the world. [But] right now, I’m just showing up on time and focused on working.”

Big Bang Theory‘s series finale is scheduled to shoot in late April and air in May.