Pine Valley looks the same as ever… though a bit different, in Live With Kelly and Ryan‘s Halloween-morning spoof that reunited Kelly Ripa with several former costars from the long-running, now-defunct ABC serial.

In the super-extended and hiiiiighly dramatic promo for the soap opera’s “reboooot,” Ripa reprises her role as AMC heroine Hayley, who is again going through her black-haired bad girl phase. Ripa’s real-life husband, Mark Consuelos, in turn portrays Mateo… until he gets abruptly recast with a certain talk show host. 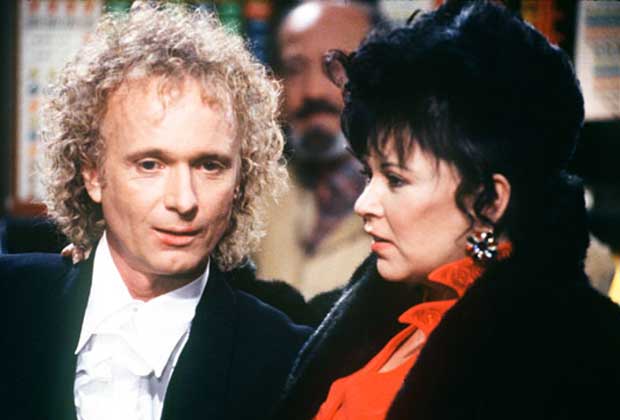 Although Live‘s Ryan Seacrest assumes the role of Jackson (with a fun nod to Walt Willey’s status as the sudser’s tallest cast member ever*), other alumni are on hand, including grand dame (and eventual Daytime Emmy winner)! Susan Lucci as Erica Kane, Sarah Michelle Gellar (reprising her role as the original Kendall aka Erica’s daughter, who’s about to drop a major paternity bombshell) and Eva LaRue (as doctor-slash-detective? Maria Santos).

Who is Kendall’s true father? Who is heading for a wedding in the “reboooot” special? Press play above for those answers and other fun AMC callbacks.