Paramount Network’s controversial Heathers reboot reached its conclusion (sort of) with Monday’s final hour, in which one student’s quest for prom queen glory was cut tragically short, along with her life.

Though it wasn’t the official finale — a tenth episode, which takes place at prom and wraps the story of Season 1, was banned from airing in the wake of the United States’ epidemic of in-school violence — it had all the makings of one. After accidentally stumbling on J.D.’s preparations to destroy the prom, Kurt became his latest victim, complete with a forged suicide note (this show’s favorite thing!) addressing Heather Duke. Naturally, Kurt’s beloved was devastated, though not too devastated to accept gifts from her adoring public, all while contemplating how this tragic turn of events could actually help her win prom queen. 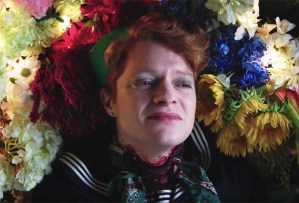 Your thoughts on how Paramount Network’s Heathers “ended” (keeping in mind that a tenth episode exits and would ostensibly to wrap this whole thing up)? Grade the “finale” below, then drop a comment with your full review.