Lili Reinhart looks like a “freakin’ idiot” — and we say that with the utmost respect. The Riverdale star chose to dress up as Napoleon Dynamite for Halloween, joined by castmate Camila Mendes as foreign exchange student Pedro from the 2004 cult-classic.

The CW BFFLs were, of course, far from the only TV stars to commence Halloween festivities a few days early. Timeless‘ Matt Lanter and wife Angela Stacy went with a couples’ costume, dressing as Office lovebirds Jim Halpert and Pam Beesly. Then there was Arrow‘s Stephen Amell, who ditched his DC Comics alter ego and allowed his adorable daughter Mavi to take the superhero spotlight. 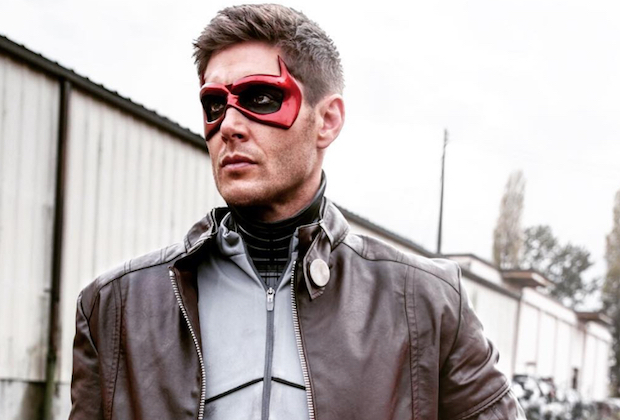 Many other familiar faces — who play dress-up for a living — came up with some inspired looks for Halloween-weekend partying, including Vampire Diaries vet Nina Dobrev, who put her own unique spin on inevitable Best Picture nominee A Star Is Born, and Last Man Standing daughter Kaitlyn Dever, whose costume is bound to make your knees buckle. And we mustn’t exclude SIX operative Olivia Munn, who channeled a fan-favorite Crazy Rich Asian.

Flip through our this year’s Halloween photo gallery (to be updated over the coming days), then tell us which costumes impressed you most.