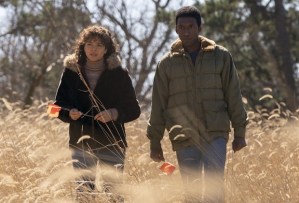 Airing Sundays at 9/8c, the new, eight-episode season tells the story of a macabre crime in the heart of the Ozarks (where it was filmed), and a mystery that deepens over decades and plays out in three separate time periods.

Watch a trailer for Season 3 below: