As The Voice’s coaches started filling up their teams Tuesday, I was feeling antsy. I like the getting-to-know-you phase of the show just fine, and although I’m not crazy about the way some of the Blind Auditions are being edited down to next to nothing in Season 15, it beats the dreaded montage treatment. Plus, this stage of the competition often gives a good indication of which contestants’ nerves are going to be a problem for them down the line. (Lookin’ at you, Reagan Strange.) Still, I was eager to see some of the competitors we’ve already met perform again. (Kennedy Holmes, for instance, Mikele Buck and human tornado SandyRedd.) Maybe I was overeager to get to the Battles, though, as Night 6 of the Blinds introduced at least one singer that I immediately added to my shortlist of favorites. Read on, and we’ll separate the OK from the KOs. 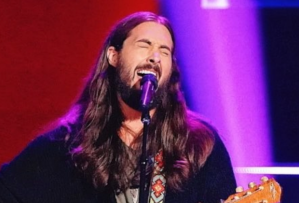 Caeland Garner (Team Blake), “Dancing in the Moonlight” — Grade: C | A buddy of Red Marlow’s, this 31-year-old, whose folks have often sent him $20 whenever he needed it to get by in Nashville, turned in a pleasant-enough Toploader cover. But the coaches seemed to think it was way better than pleasant enough. “Your voice is so unique,” Caeland’s future coach told him. “I’m mesmerized by your sound.” I wasn’t mesmerized — I thought his vocal was just kinda “there” — but I wouldn’t rush to change the station on the radio if he came on. Doubt he has the range to survive the Battles. 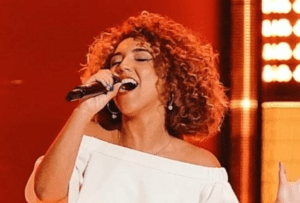 Lela (Team Jennifer), “Havana” — Grade: B- | This 15-year-old Miami spitfire told us before hitting the stage that she hoped to mix Shakira and Beyonce in her sound. And she was so appealing that I certainly hoped she’d pull it off — she had personality to spare. On stage, she turned up the heat, packing her performance with enough oomph to make up for the fact that her voice lacked richness or subtlety. Whether that will take her past the Battles… eh, not sure. She’s going to need an extra trick up her sleeve besides being able to sing in two languages. 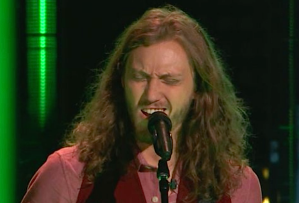 Cody Ray Raymond (Team Kelly), “Born Under a Bad Sign” — Grade: B | In his pre-interview, Cody came off like a chill and ultra-sensitive rocker. On stage, however, he revealed that he had a bit of a wild side, at least vocally speaking. Not only did it sound like his larynx was lined with sandpaper, he seemed to have fantastic control over how much grittiness he deployed on any given line. If I had a quibble with him, it was just that I wished his stage presence was as exciting as his voice. WILKES, he wasn’t. (I suspect the likes of Michael Lee will leave him in the dust.) 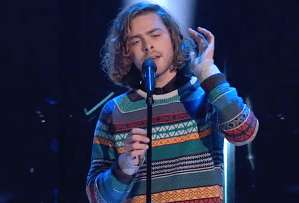 Jake Wells (Team Adam), “When the Stars Go Blue” — Grade: A- | Traveling the country with his clan Partridge Family style apparently served young Jake well. He sang beautifully and, maybe just as importantly, uniquely. As his eventual coach put it, “This dude is different.” Even his stage gesticulations — a combination of spasms and really feeling the music — was different. Maybe he’ll fall apart later, but I really dug him. He had the first voice tonight that I think I could’ve picked out of a lineup if I heard him again tomorrow. 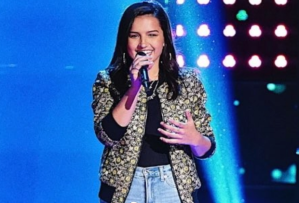 Abby Cates (Team Kelly), “Scars to Your Beautiful” — Grade: C | A character actress for little girls’ birthday parties, this 17-year-old started strong and then got a little iffy. She sang loudly, like she absolutely meant every word that she was singing. She just didn’t do so like she had the tightest grip on the reins of her runaway instrument. I have a hunch even a coach as good as Kelly isn’t going to be able to whip Abby into shape in time to win a Battle.

Funsho (Team Adam), “Finesse” — Grade: B+ | After we learned that this Nigerian-born 28-year-old quit his desk job to pursue a music career in L.A., he strutted on stage to show us what it would sound like if Bobby Brown covered Bruno Mars. And it wouldn’t sound half bad, it turns out. There wasn’t a lot of nuance or, ironically, finesse to the performance, but the vocal was solid: strong, clear, nice tone and runs good enough to make Kelly repeat after them. Next time, however, he might wanna deliver some of the “fun” his name suggested we were “sho” to get.

So, who have you heard thus far that you’re especially eager to hear again? Who was your favorite of Night 6? Vote below, then hit the comments.