After the two seasons he spent slaying spirits on The Exorcist, you’d think Alfonso Herrera could face any foe with confidence. Then again, he hasn’t met Queen of the South‘s Teresa Mendoza yet.

Herrera joins the cast of the USA Network drama beginning Thursday, Sept. 6 (9/8c), and TVLine has an exclusive first look at his character — Javier Gallegos, “a mercenary willing to kill for a highest bidder” — in action. According to Javier’s official description, “his brash, untamed nature puts him at odds” with Teresa, his new boss.

In addition to The Exorcist, on which he played Father Tomas Ortega, Herrera also played Hernando Fuentes on Netflix’s Sense8. Prior to those roles, he appeared on a handful of Spanish-language series, including El Dandy, Rebelde, El Equipo and Terminales (the show upon which ABC Family’s Chasing Life was based).

Keep scrolling down to see more of Herrera’s debut on Queen of the South, then drop a comment with your thoughts below. 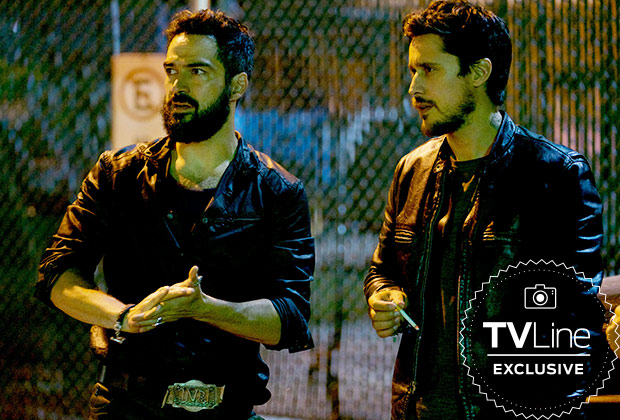 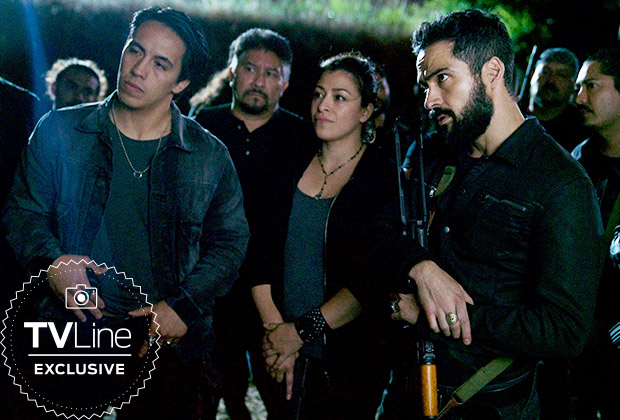