Something wicked is brewing on the set of American Horror Story: Apocalypse. 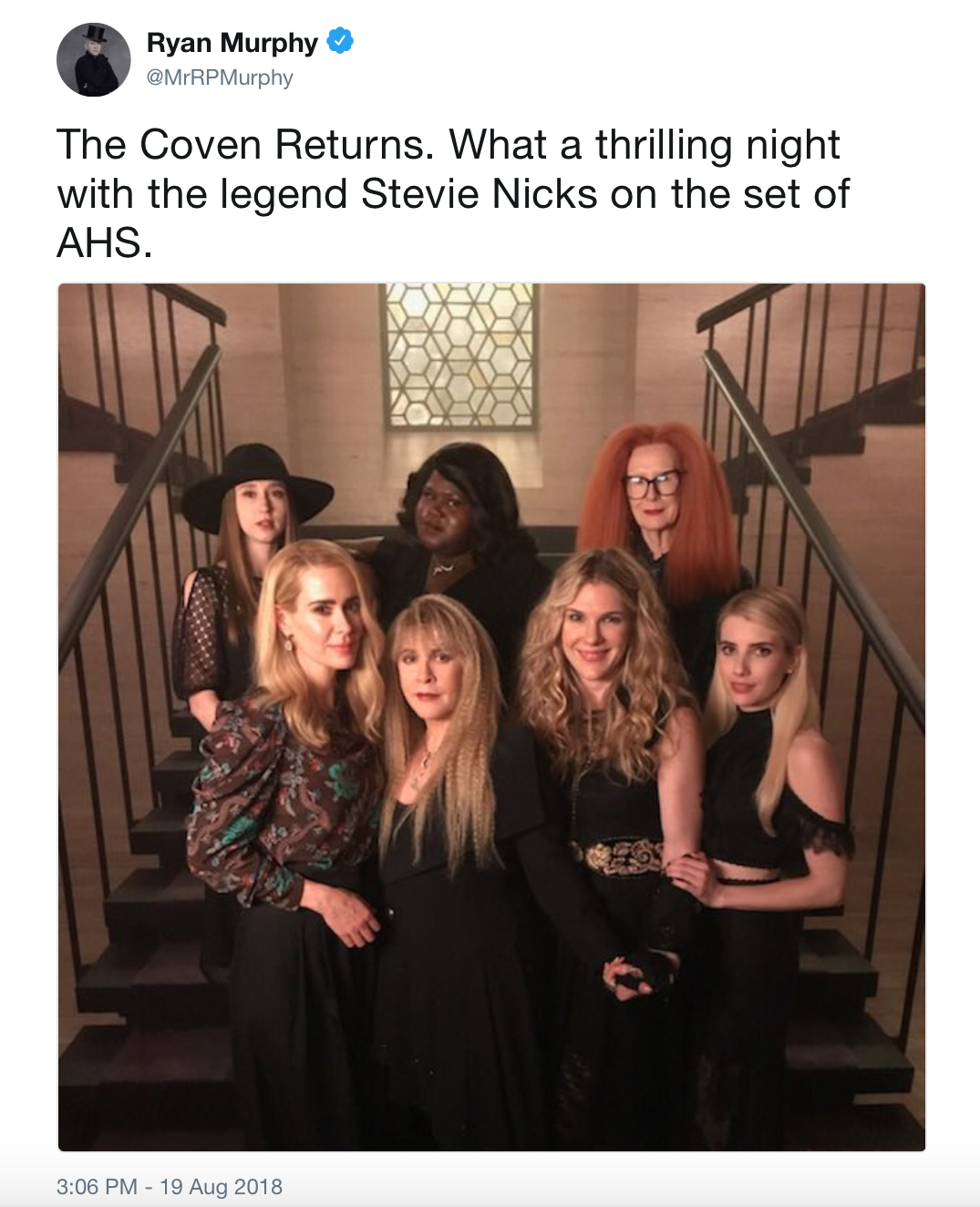 As previously reported, the forthcoming Apocalypse will unite the stories of Murder House and Coven as part of a nightmarish tale that “begins with the end of the world.” Fellow returning AHS alumni include Kathy Bates, Billie Lourd, Leslie Grossman, Adina Porter, Evan Peters, Billy Eichner, Cheyenne Jackson and Jessica Lange.

Additionally, Joan Collins (of the original Dynasty) has joined the ensemble as Peters’ character’s grandmother, while Cody Fern (The Assassination of Gianni Versace: American Crime Story) will play the grown-up version of baby Michael Langdon, whom we met during Murder House. Promotional items for the new season — including key art and a teaser trailer that both feature a demonically possessed newborn — have hinted at a Rosemary’s Baby-esque storyline.

American Horror Story, which is entering its eighth season, has already been renewed through Season 10.